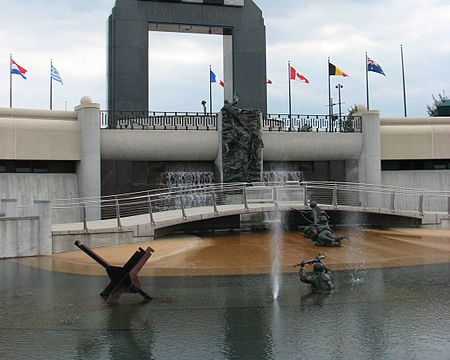 Nestled in the heart of the Blue Ridge Valley, lays the unassuming town of Bedford Virginia. This rural community, population of 6,000, is located between Roanoke and Lynchburg and boasts friendly smiles, daily farmers market, bustling storefronts, and proud freedom parades. With the exception of a few drive-thru restaurants, this humble town has retained its southern charm from the 1940’s.

Bedford Virginia is also home to the National D-Day Memorial honoring the brave who fought for freedom during WWII. 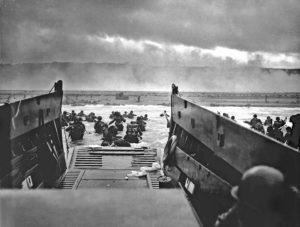 On June 6, 1944, thirty-five men from this southern town along with 150,000 other young men boarded a landing craft for the D-Day invasion on the beaches of France. By the day’s end, nearly 4,500 allied soldiers lost their lives. Nineteen of the thirty-five Bedford boys died on D-Day. Later, four more Bedford boys died during the Normandy invasion. Per capita, the town of Bedford, population of 3,200 in 1944, suffered the most losses. D-Day, also known as “The Longest Day”, casts a shadow over the quaint town of Bedford Virginia.

Unlike the Vietnam Veteran’s Memorial, the Korean War Memorial, and the World War II Memorial, which are located on the National Mall in Washington, DC; the National D-Day Memorial is located in the Bedford, Virginia. Bedford was the chosen place to honor the this historic day and majority of lives lost in one town in one invasion. 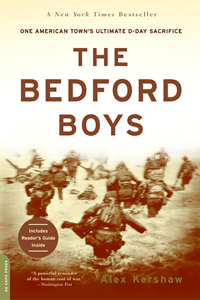 In 1996, Congress warranted the establishment of the National D-Day Memorial. After much fundraising efforts, President George W. Bush dedicated the National D-Day Memorial on June 6, 2001. On June 6, 2014, President Barack Obama paid tribute to the honor and sacrifice of our American soldiers on the seventy-year anniversary of the D-Day invasion.

For more information on the National D-Day Memorial, visit www.dday.org.

April White is a pharmacist who dispenses spiritual medicine for a healthy soul. She is quick to say she doesn't have it all together but relies on the One who does. Drag your chair next to April's red chair and allow hope and encouragement to infuse your heart. April has a BS degree in biology from James Madison University and a Doctor of Pharmacy degree from Shenandoah University. Email April or visit her at www.AprilDawnWhite.com