We’ve all seen those “Coming Home” videos where the kids and the spouse are in class, at work, or at a sporting event expecting to do one thing but here comes their military father, mother, husband, or wife. There are hugs and tears and love and it’s beautiful, right?

If you’ve never experienced what it’s like to be in a military family, it’s easy to think that this homecoming is just the tip of the happiness iceberg. Unfortunately, you’d be wrong.

After all of those hugs and happy tears there are sleepless nights, frustrated moments of fighting, and even some tears of sadness, longing, and anger.

The military member has been away for 6+ months and the family has had to reorganize itself in order to function without (in my case) the dad at home. My mom and I would get into our groove of waking up, going to school, doing homework, and living our lives on the homefront. Then in walks dad expecting everything to be just as he left it. 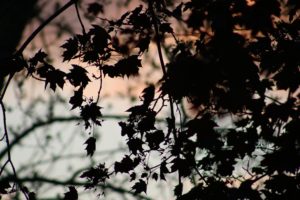 Maybe the couch is moved.

Maybe we eat dinner at a different time.

Maybe we don’t watch the same primetime show at 7PM.

My dad would freak out if the routine had changed since he left. He didn’t know how to handle the things that had changed with my mom and me and his way of dealing with it was yelling or isolating himself. Neither of which was healthy.

For my mom and I it was really hard to deal with just as it was for my dad.

My mom and I had to figure out how to function without my dad around. Sometimes that meant eating dinner at seven at night, on the couch, while watching some show on TV. Sometimes it meant eating promptly at five o’clock, at the table, after finishing up all of my homework. It just depended on the day. Either way, we made it work.

When my dad came home, he would remember coming home at 4:30 and sitting right down to eat, but since he left we’d change the plan. That wasn’t okay with him. 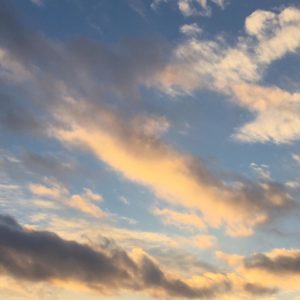 If you’ve dealt with this, you’ll understand how it feels. Who is supposed to compromise?

I’d like to say that the people who were left worrying at home didn’t have to compromise and that the military member came to understand that life had changed. Sometimes this happens. Usually it didn’t. My mom and I would struggle for a week or two and then give in. We’d change our routine back to the way it was, my dad would leave again, and the cycle would continue.

During this month of supporting the veterans, I’d like to throw this out there. Support the families, too. No, we don’t put our lives on the line. But sometimes it feels like we put our sanity on the line.

We make sacrifices too and it’s nice to know that sacrifice is appreciated.