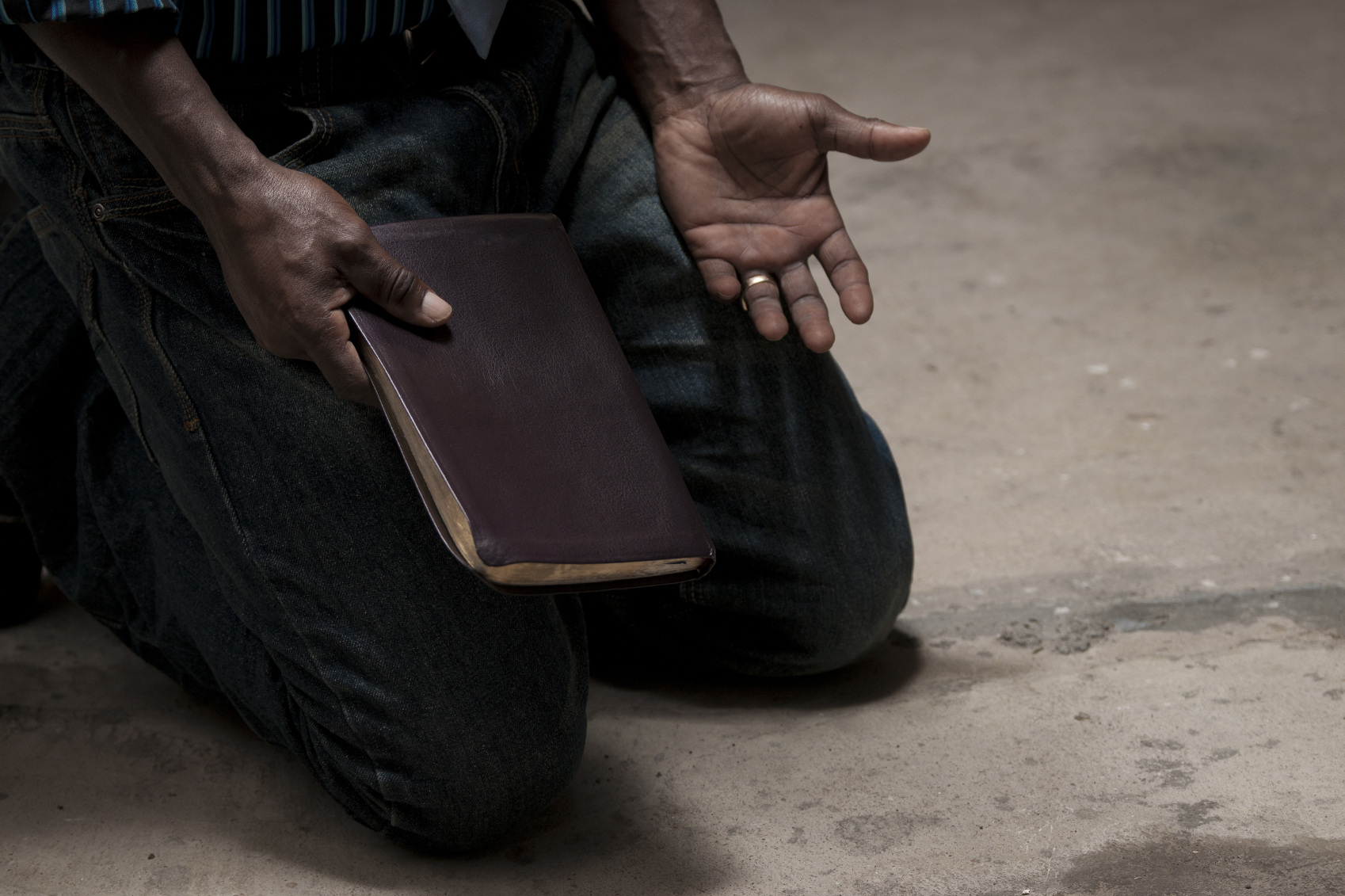 Christine’s story is bittersweet and beautifully full of faith challenges. “Can a mother forget the baby at her breast and have no compassion on the child she has borne? Though she may forget, I will not forget you! See, I have engraved you on the palms of my hands . . .”Isaiah 49:15-16a

Christine Lindsay’s first-born child is Sarah. Though she loved the tiny baby completely, Christine wanted Sarah to have a dad as well as a mom. Prior to her birth, the young pregnant girl went to a Christian adoption agency and chose the portfolio of a couple who could raise her child in a loving Christian home and teach her about the Lord. She felt it would be selfish to keep Sarah in a single parent family without a daddy.

Memories of hospital elevator doors closing still haunted Christine. She’d dressed Sarah in a little sweater with pink pom poms and then watched her three-day-old baby disappear behind those sliding metal doors. Broken-hearted, empty, but held up with her faith Christine came home to find a bouquet of pink carnations. They reminded the young woman of the baby she’d just kissed good-bye. God seemed to use those pink flowers to support Christine’s belief that she could trust Him for the future. She prayed for Sarah, for strength, and for the chance to one day see her again.

God’s presence showed over the years with moments of grace with His sovereignty in the situation. He sent something pink each year around Sarah’s birthday. It might be a flower or flowering plant sent by a friend who had no idea what that day meant. Often it was carnations. It might be a card with pink flowers on it from someone saying hi. But it was too consistent to not be God.

Christine never lost her maternal love. As time passed, she married and raised a family. The hope that the Lord would somehow create a special relationship between not only Sarah and Christine, but also their families kept Christine praying until they did finally meet.

One year before Christine could legally meet her, it was Sarah’s eighteenth birthday. It happened to fall on a Sunday. One four-year old Sunday school student pranced in holding a long-stemmed pink carnation. This child and her parents had no idea what they had been inspired to give. God sent an affirmation to Christine to start searching for Sarah, and His affirmation that He never forgot Sarah’s birth-mom.

Searching for Sarah opened up difficult fears and worries. She wanted Sarah to like her even if she couldn’t love her birth mom. Lack of self-confidence is common to birth mothers but multiplied for Christine prior to the reunion when the counselor shared that Sarah’s parents were upset about her desire to come back into their daughter’s life. Christine hadn’t considered that possibility and wondered why God hadn’t already prepared them. It seemed as if all those years of prayer should have meant they wouldn’t feel threatened. Knowing they didn’t want to meet, and were hurting because of the search, caused more pain for Christine. But even with her faith in God, Christine was scared of rejection for both herself and her daughter. If anyone had to suffer the fear of rejection, Christine preferred to protect Sarah and take it on herself.

Twenty years from the relinquishment, at the office of the same private counselor, Christine saw Sarah. She was a smart, beautiful girl studying to be a nurse. This exceptional young woman was her child by birth—but not her child. Christine’s low self-esteem kicked into overdrive. God had not found her worthy to keep her baby and raise her, but that her adoptive parents had been the worthy ones. She felt second-rate.

Sarah tried hard not to show the stress. She knew her parents suffered while they waited for her at home. Sarah was very kind and sweet. But it was plain to Christine her love could not be reciprocated. Her heart broke. She’d given her up as a baby, but now the dream of a unique relationship with her shattered.

Over the following months, Christine sank lower. She felt God had tricked her into giving up Sarah. All the joy and faith vanished from the disappointing reunion. She felt she’d sacrificed her own happiness relinquishing her daughter when she could have been a good mom and provider. Then Christine became angry with God for not rewarding her with the beautiful reunion she’d bathed in prayer. She lost sight of the immense blessings God gave her, three children and husband. She loved her family, but was grieving again the loss of her first-born. Christine suffered a break down that shook her faith.

Painful for Sarah’s parents, but gradually they realized their relationship was safe. They were her parents. But Christine’s husband and children struggled with understanding the dark place of emotional suffering she experienced. She tried to affirm love for her family daily. But there was a time Christine wished she’d been more available for her family.

God worked through Sarah and Christine’s husband. There was no communication between Sarah and Christine for several months after the reunion. Sarah was in college and planning her wedding. The Lord was also patient and reminded Christine of special ways He’d shown His love over the years as Sarah was growing up. It was miraculous. A few months after the reunion, Christine sat and cried in the living room. Like Hagar in the desert, God heard her tears. He sent her husband with a brand new pen and a journal. He said, “Write it.”

Sarah became her muse as Christine journal filled up with birth-mother pain and brought healing as she searched the scriptures. Then on Mother’s Day Christine received a phone call starting a unique relationship as birth-mom and birth-daughter. All that work became a non-fictional book. Though hard to recognize at the reunion, God brought her birth-child back. He had also kept His promise from her birth. The Lord turned Christine’s pain into something good to glorify Him, something that now gives tremendous joy and self-confidence.

As she processed, prayed, and wrote Christine learned how important she was to God and not second-rate. God did not take Sarah away because she was less worthy than her adoptive-parents. He used the situation to bless the couple with a baby they could not have naturally. And though it hurt at times, He used Sarah’s adoption to bless Christine in multiple ways. Plus He filled her arms three times over with children. Like Hagar, Christine learned that God not only sees and hears our pain, but cares deeply. She knows He does reward us with tender gifts like a parent does.

Christine felt God nudging her to put the emotional healing she received into fictional stories to encourage others. Twelve years after the reunion, WhiteFire Publishing and Christine talked about models for the cover of Shadowed In Silk, her debut novel. They sent photos of women they thought looked like the character, Abby, in the book. The model suggestions reminded 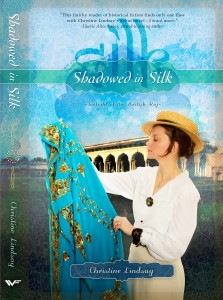 Christine of the grown-up Sarah she’d come to know. Fictional Abby was not written to look like Sarah, but she seemed to be the right cover model. She accepted. The cover above shows the lovely Sarah.

Christine and Sarah have a lovely, warm relationship similar to a favorite aunt and niece. Christine says, “All these years after the reunion, I am seeing the evidence of my faith in God as a Father who does tenderly love His children. He has blessed me overwhelmingly because of that simple child-like faith as a young woman in the hospital who’d just given birth. But my love for God came back pretty quickly, only a few months after the reunion. Though I was still hurting I knew that He had showered His love on me, and so had my husband and my kids. He showed me that my love for Sarah was in fact a picture of His love for me.

I believe Sarah’s adoption story is a living picture of my favorite verse in Isaiah, which shows that God’s love is like that of a mother as well as a father. I think that’s what we’re all supposed to show to each other–a picture of God’s redemptive love.  Not only is this seen in my perspective as a birth-mom, but in her adoptive parents, and in Sarah herself. We all have to come to the understanding that God wants to adopt us as His children through faith in Christ. And that just as He gave Sarah and I a relationship, God wants a close relationship with us. He’s longing for it.”

When asked to share one thing about God with as a young, pregnant, unwed woman, Christine’s message was simple, “Do not be afraid. God loves you even more than you love that little one in your womb.”

About Christine Lindsay: Christine writes historical Christian inspirational novels with strong love stories. She doesn’t shy away from difficult subjects such as the themes in her debut novel SHADOWED IN SILK which is set in India during a turbulent era. Christine’s long-time fascination with the British Raj was seeded from stories of her ancestors who served in the British Cavalry in India. SHADOWED IN SILK was the Gold winner of the 2009 ACFW Genesis for Historical. The Pacific coast of Canada, about 200 miles north of Seattle, is Christine’s home. It’s a special time in her life as she and her husband enjoy the empty nest, but also the noise and fun when the kids and grandkids come home. Like a lot of writers, her cat is her chief editor