Did you know that Hitler was an artist? I have spent much more energy reading the stories of Holocaust victims than studying the life of the fuhrer, so this was news to me when I read it in my latest read The War of Art by Steven Pressfield. Hitler painted and moved to Vienna to pursue his artistic endeavor but was rejected by both the Academy of Fine Arts and the School of Architecture.

Pressfield suggests, “Resistance beat him. Call it overstatement, but I’ll say it anyway: it was easier for Hitler to start World War II than it was for him to face a blank square of canvas.”

I don’t pretend to be so wise to dare say that had he been accepted into the academy or admired as an artist, Hitler would never have authored a movement that murdered millions of people. I can’t help but wonder, however, that when we give up on our dreams, when we don’t overcome road blocks and live into the thing we love the most despite rejection, we have left this gaping hole of energy in our hearts that destroys us and often destroys others around us.

Quite literally,the opposite of destroying life, buildings and countries is giving birth, building and forming. Also literally, we land in physical battles when we lack the creativity to push toward creating more peaceful resolves. But metaphorically, we go into battle with the deepest parts of our souls when we fail to give life to the creations within us. We destroy ourselves, and that can play out in negative self-talk, being stuck in our careers, substance abuse, physical and emotional harm to others, self-hatred that becomes external, illness – the list goes on and on. We are created to create, and we perish when we do not.

Creating looks different for everyone: creating a new you, creating cures to diseases, creating micro-financing opportunities for those with low income and resources, creating a new health regimen, creating new ways to uniquely reach every child in your classroom, creating a science project, creating music, dance, paintings, poems, creating your ideal career, creating a healthy home for your children. Whatever creating is for us, whatever is our deepest heart song, we were made not to think of it or dream of it or ponder how much we like it; we were made to create it. And to create it every day. To push ourselves beyond our imaginations and stare the challenges of creating it in the face. To refuse the easy route of not creating. Because that route will destroy.

May we turn our swords into plowshares and create. 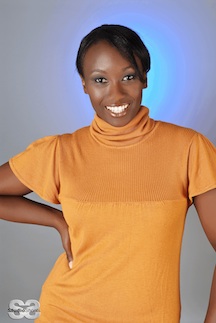 Ciona D. Rouse is a storyperson who lives in Nashville, Tenn., writing, playing and loving. Her book like breath and water: praying with africa is a collection of stories of the people she met in 6 different countries in Africa. Follow her writing at a thing with feathers.