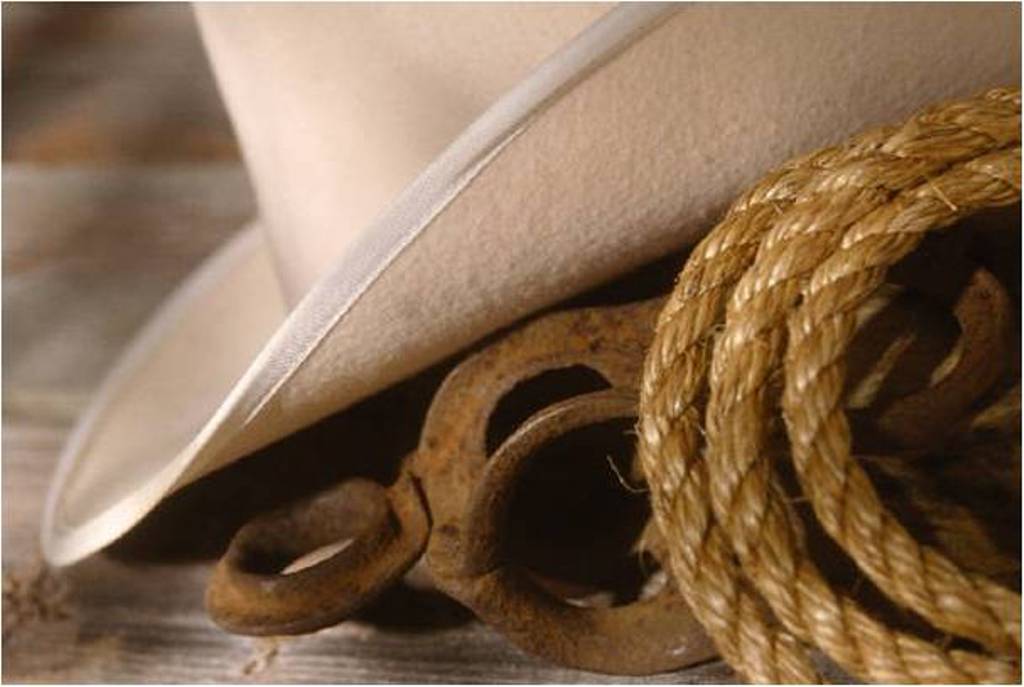 This picture doesn’t tell the entire story. It appears that this little girl has it all together on the back of her Shetland pony. It looks like she’s quite the cowgirl, ready to rope (something), and in total control. But in actuality, she totally depends on her father every time she rides. 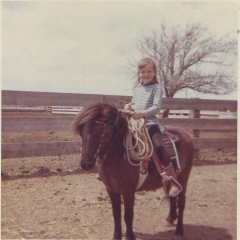 I received Tinkerbell as a Christmas gift when I was six years old. I was the most horse crazy girl on the planet at the time. Well, at least western Kansas. If there was a horse book I could read in the library, I read it. If there was a western movie on, I watched it. I pretended to be a horse all the time, much to my mother’s agony. I galloped across the living room, shaking the lamps and wearing out the knees on my pants. I wasn’t there for the conversation, but I’m sure my mother said to my father, “Get that girl a horse!”

So on Christmas Eve 1968, my father and I drove into town with the stock trailer hitched to the pickup. At the time, I thought we were picking up a cow from the vet clinic. I often rode with my father there, so this was just another trip. But we drove past the clinic and when I asked my father where we were going, he did his little smacking thing with his lips and said, “We’ll just have to see.” We drove through our small town and pulled into a residence with a corral out back. My father drove up next to the corral and parked. And there she was – the cutest, wooliest little pony you ever did see. “Merry Christmas,” my father said.

My ambitions were high with Tinkerbell. I was a pioneer girl crossing the prairie and camping underneath the stars. I was a champion barrel racer, traveling from rodeo to rodeo. I was a cowgirl, rounding up an entire cattle herd and bringing them into the corral. With Tinkerbell and my imagination, I did it all. But there was one thing I couldn’t do. Catch Tinkerbell.

The most frustrating thing was waiting on my father. Precious riding time felt like it was drifting away from me while he finished working cattle or repairing a tractor. But eventually he’d take a moment to help. Trotting alongside him, my joy and confidence grew as I glimpsed Tinkerbell in the corral. Then my father would do the most amazing thing. He simply opened the gate, stepped into the corral, and said sternly, “Tinkerbell!” She would just stand there. I could walk up, bridle in my hand, and catch her. With his presence, I had power!

Oh, I thank my earthly father for always being there for me! And I can’t help but think of my Heavenly Father. Without Him, I am nothing and can do nothing. With all my ambitions, even spiritual ones, I am powerless without Him. Thank you for showing up, stepping into my corral, and giving me Your Powerful Word.

I am the vine; you are the branches. If a man remains in me and I in him, he will bear much fruit; apart from me you can do nothing. – John 15:5

Today’s guest, Mary Kay Huck, blogs at Smooth Paths. She is a pastor’s wife who loves to read, write, walk her two dogs, ride horses, drink coffee with her husband on the front porch, listen to her two grown children and daughter-in-law share their lives, play the piano, and listen to classical music. Her husband, Gaylen, is the Pastor of Cheyenne Hills Church in Cheyenne, Wyoming.  Mary Kay heads up the Hospital Visitation Team at the church and with Gaylen, leads a small group of young couples with small children.  She works part-time as an accountant for the Cheyenne Symphony Orchestra. Mary Kay and Gaylen live on 5 acres in Wyoming with their one horse, two dogs, and one cat.