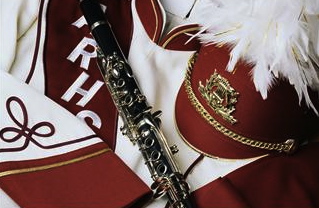 Those who know your name will trust in you, for you, LORD, have never forsaken those who seek you. Psalm 9:10

When I was in high school, I was in the marching band. I remember the anticipation I felt before my first summer band camp. Once there, I found out just how hard it is to march in step with a large group of people. It became even more difficult when you added playing a musical instrument to the equation. I have never been overly coordinated, and marching in the band pushed the outer limits of my ability. But I kept at it, spending hours each day that week, learning to master this skill. It paid off; when school started, I was right there on the field with the rest of the band, successful.

There have been times when I’ve had that out-of-step feeling with God. Things happened in my life, and in the lives of those around me, and I wanted to throw up my hands and ask God what He was thinking.

It was during those times when I most appreciated God’s Word. When nothing made sense, I could go to the Bible and read about men and women who faced the same doubts and anxieties. I could see the end to their stories and realized God had the same blessings in store for me and for my loved ones. Because I spent hours reading the Bible, learning to march in step with God, I found the strength to keep going; able to once again believe that everything would turn out right.

Dear Lord, keep reminding me of Your love, wisdom and control when the situations around me don’t make sense. Amen.