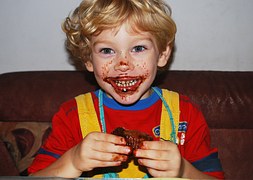 Parenting isn’t only for parents; it’s for the kids.

I’m the oldest of three boys. The next arrived nine years later, and the third two years later. As the oldest, I learned from the starts and stops of first-time parents.

As soon as I was old enough, Mom and Dad taught me to wash the dishes, fold the laundry, take out the trash, pick up my room, and cut the grass. When I turned sixteen, Dad thought I needed to establish my credit record and made me charge an oak bedroom suit.

Some of Dad’s rules frustrated me—the haircut rule in particular. My father was a preacher. Church folks tended to have expectations of the pastor’s children—one that they would not be hippies.

Of course, Dad won out by giving me the infamous saying, “As long as your feet are under my table, you will do what I say.” I wondered if he had heard Paul’s admonition: Fathers, do not provoke your children to anger by the way you treat them. Rather, bring them up with the discipline and instruction that comes from the Lord (Ephesians 6:4 NLT).

At eighteen, I removed them from under his table, found a job and a house to rent, and faced the world.

By the time my two kids came along, I had mulled over some of my parents’ techniques—discerning which ones I wanted to keep, modify, or toss out. Looking back on my childhood, I concluded that many of the methods my parents used might have been for them—not me.

Living Failed Expectations through Your Children Will Frustrate Them and You 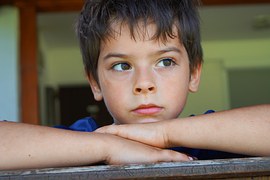 I’m not sure what my dad’s childhood dreams were, but Mom’s was to become a concert pianist. With one quick word, “Yes,” her dream died, and one of Dad’s materialized: to marry her. She soon became a preacher’s wife, not a concert pianist. She had been playing the piano since she was a child. Now she wanted a son who could play it as well. Men made better piano players, she thought. She tried her best, but I wasn’t interested.

I look back with regret on a number of things I didn’t do that my parents wanted me to. Nevertheless, when my two children came along, I approached things a little differently. Instead of making demands on them—that they play ball, run track, get involved in gymnastics—my wife and I let them choose. Living out my childhood and teenage regrets through them wouldn’t soothe the remorse I had.

Doing the same thing the same way and expecting different results is the definition of insanity. Dad and Mom loved the buckleless black belt—along with restrictions of various types—as a means of discipline. Then, they called it punishment and didn’t have to worry about teachers at school or random strangers calling the Department of Social Services.

I had a few years to consider my parents’ disciplinary techniques before my two children came along. Some I kept; others I revamped or buried. I also rethought the responsibility theme that ran so heavily through my childhood. To a degree, it interfered with my childhood fun.

Most of my parents’ parenting methods were effective and honorable. I repeated most of them. The few I thought were lacking or ineffective, I tossed. Just because I was reared a certain way didn’t mean I had to rear my children in the same fashion. 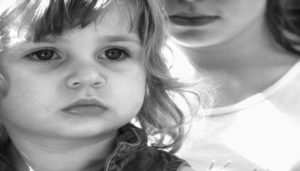 Parenting Techniques Should Be Designed to Teach

I think a few of Mom and Dad’s parenting techniques were designed to relieve their stress or prove a point. After all, when I questioned some of them, I got the common no-brainer answer: “Because I said so.” (Unfortunately, I repeated that one a number of times myself.)

Discipline involves teaching. I wasn’t sure all of my parents’ techniques did that—at least, positively. Nor did all their attempts at teaching me responsibility.

Teaching my children to be who they were created to be was more important to me than repeating my parent’s methods of parenting. After all, this parenting thing was supposed to be about them, not me or their mother.

No one ever said parenting was easy, but parenting isn’t about the parent. It’s about teaching the children to be responsible citizens who will impact their world in a positive way.

Parenting really is about the kids.