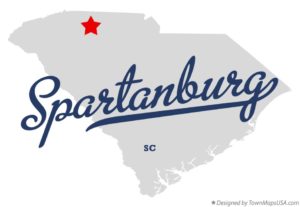 One Saturday morning, I headed to my hometown of Spartanburg to visit family. While in town, I also met  Jayne, a woman who had advertised free liriope in Craig’s List. (I love me some free clumps of grass!)

As we put shovel to dirt, I learned that Jayne once attended the same church as my paternal grandparents. She was also the church secretary at the time. When I mentioned that my grandmother’s name was Alberta Scott, her face lit up.

While taking a break on her front porch she excused herself and then returned a few minutes later with a wide grin. In her hands were some things kept from her time at Fairforest Baptist Church. She carefully pulled out a particular manila folder tucked in the stack. She told me the folder held one of her greatest treasures. As she opened it, I immediately recognized the handwriting on the paper inside. It was my grandmother’s, lovingly known as Ma-Ma.

Ma-Ma had written Jayne a note, encouraging her teaching efforts when Jayne taught her women’s seniors class. Attached to Ma-Ma’s note was a piece of notebook paper filled with handwritten names and phone numbers.

With tears welling up in her eyes, Jayne shared that she had mentioned in class one Sunday how the ladies needed to regularly pray for one another. On the following Sunday, Ma-Ma handed her what was now tucked away in Jayne’s treasured file.

Ma-Ma was a prayer warrior up until the morning she drew her last breath.

Jayne also shared how my grandfather, Pa-Pa, would come to the church office and give anonymously to different missions and needs. He never wanted to be recognized or applauded for his giving.

It is a priceless gift to inherit such a spiritual heritage.

I was blessed to have two sets of grandparents who loved the Lord, not only with their lips but also with their lives. None were perfect but all left a lasting legacy in my life. Their imperfect but godly lives gives me hope that maybe I can do the same despite my own failings.

When our lives stem from the heritage built in Christ, His story becomes ours and life is forever changed, and as a result, so are future generations.

[bctt tweet=”The decisions we make today will either build or break the legacy we leave behind.” username=”inspireafire”]