But now in Christ Jesus you who once were far off have been brought near by the blood of Christ. Ephesians 2:13 NKJV

The earth shook as the giant called Goliath stepped onto the battle ground.

The presence of fear held the army of Israel far from the sight of the giant. The weight of their thoughts held their tongue in place, and their faith in a positive outcome was already sealed in defeat. The giant’s length cast a great shadow over their hearts, as hopelessness settled in. Who would save God’s people?

Out of the despair came a ruddy kid with a sling and some stones. A boy called David. A mere shepherd. The giant laughed and mocked such a display before him. The boy would merely distract this massive obstacle before he chose to dispose of him. 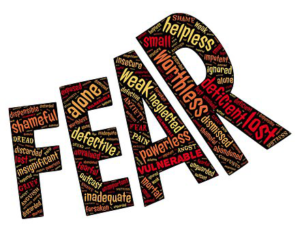 Goliath taunted David, but he was unshaken by the giant. Goliath pointed to the sky, saying he would allow the birds to eat David’s body after he was done with him. Goliath’s outward strength was greater than the army of Israel, so how could a boy defeat this great giant?

As the giant gestured widely at David, David calmly took a stone and put it in his sling. The giant laughed at a child’s toy being used to defeat him. As the Philistines behind him laughed and yelled, the giant fell.

The two armies became silent as the boy stood victoriously over the giant. The cloudy cold day gave way to the first ray of sun. The clouds parted, and they could see God had delivered them from a fog of fear.

We all seek to be as strong as Goliath, but it was the Lord’s inner strength in David that defeated the giant. The outward appearance of Goliath kept the others hiding, but David saw through the outward strength and glimpsed the giant’s weakness.

David had the Lord but Goliath did not. David saved his people and shows us what real faith is. David would become a king, but it was in that moment that he was crowned by God.

Your giant is not as strong as you think. Use what God has put in your hands and defeat the obstacle before you. God has already overcome the world. You only have to believe He is and that you are in Him.