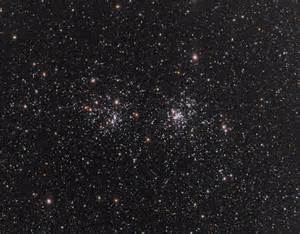 When God pulled Abram, whom he later re-named Abraham, aside and told Abe to look up at the sky, God said he would have descendents like the stars … too numerous to count.

Of course if we remember the story, there was one little problem … Abraham had no children, and at his age it was looking like he never would. But God had a dream for Abraham and he dared Abe to dream it, too.

When Abraham was 100 years old and his wife, Sarah, was 90 they had a son. Isaac. God was faithful to keep his promise.

Side note: Some time after Sarah died at 127 years of age, Abe remarried … he and his new wife, Keturah, had at least six more children. (Genesis 25:1-2)

Before Abraham was ever born God knew his plan would be fulfilled through this man. Same thing with you and me. Before we were ever born God had a dream, a plan for our lives. Sometimes the plan is clear to us. Sometimes it’s rather foggy. Doesn’t matter. It’s God’s plan and it will be accomplished. Even when to us it may seem to take an awfully long time to fulfill.

Abraham wasn’t perfect. Neither are we. Still, God chooses to use us to accomplish his will on this earth. He asks us to dare to believe him, to dream with him. God wants us to step out in faith. To trust. To act on that trust.

Easier said than done sometimes. Can I get an Amen?

Like me, are you struggling with the dream you believe God has dared you to dream? Maybe it’s something others are getting in the way of, or are trying to snuff out. Maybe fear to actually grab hold of that dream and run with it keeps us from moving forward. Maybe doubt has moved in and made itself waaay too comfortable.

Abraham could have made excuses why he wasn’t up to the task God called him to. He could have dwelt on past failures. He could have told God he’d think about it, or told God to give him more time. Excuses we often find ourselves making.

It may take courage and persistence on our part to step out, overcome regrets, past 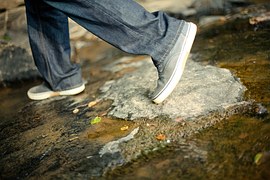 failures, fear. It may take a firm faith in the belief God is with us in this. It may take stubbornness and the will to put one foot in front of the other to press on and redeem whatever time we have to accomplish the task set before us.

Only God. That’s who.

Whatever our situation, if we feel God has dared us to believe what we can’t see, maybe we need to remember good ole Abe and step out in faith.

Hopefully it won’t take until we turn 100 to git ‘er done.

Then God brought Abram outside beneath the nighttime sky and told him, “Look up into the heavens and count the stars if you can. Your descendants will be like that—too many to count!” And Abram believed God; then God considered him righteous on account of his faith. Genesis 15:5-6 (TLB)