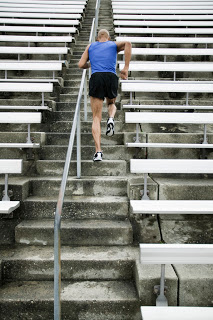 James 1:12 ~ Blessed is the man who remains steadfast under trial, for when he has stood the test he will receive the crown of life, which God has promised to those who love Him. (ESV)

As I perused the schedule at my gym, I noticed a class called Intense Fit. My body said no, but my brain pointed out that the class was for all levels so it couldn’t be that bad.

My body is still ticked that my brain won that argument. I knew trouble was brewing when the instructor sent us to run three laps as a warm up. It only got worse from there. Much worse.

I survived the first half of the class, and as we took a water break the instructor congratulated me on hanging in there. She said I was doing great. She was being kind, but I’m pretty sure she was wondering how long it would take the EMTs to arrive when I passed out.

The grueling routine continued, and just when I thought it was over, someone reminded the instructor of an exercise we had forgotten and the torture lasted another five minutes.

When it finally ended, I managed to walk out under my own power, although I did lean on the handrails as I eased down the stairs. By the next morning, I hurt in places I didn’t know I had. But despite the discomfort, I knew I would do it again.

And while I can’t say I’m enjoying the process, some of my classmates do. They laugh and smile and do everything the instructor asks without complaining. They don’t enjoy the pain. But they are joyful in the midst of it. Why? Because they believe the effort will produce results—the kind of results they are willing to suffer for a while in order to achieve.

It’s given me a new appreciation for what James is talking about when he says, “Count it all joy, my brothers, when you meet trials of various kinds, for you know that the testing of your faith produces steadfastness.”

When James says we should “count it all joy” it doesn’t mean “enjoy the agony”. It means that joy, in the middle of suffering, is possible. I’m not there yet, but I think I see how it could happen.

You have to believe—to your very core—that what you are going through will produce a result and that the result will be worthwhile. 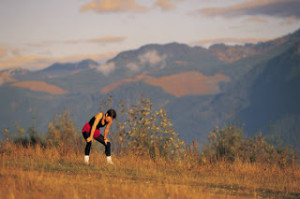 What’s the result? James 1:12 ~ Blessed is the man who remains steadfast under trial, for when he has stood the test he will receive the crown of life, which God has promised to those who love Him. (ESV)

You may be neck deep in a real life version of Intense Fit. You may have thought it was almost over, just to have someone crank up the heat. You may be staggering around in the aftermath of a brutal struggle.

If you listen, I believe you’ll hear God whispering, “You’re doing great, sweetheart. Hang in there. It’s worth it.”