How can I teach them what’s right? 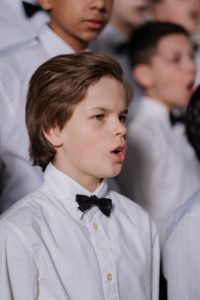 The worship leader spoke, “Let us all stand and sing.” I had worked a fifty-five-hour week that week, and the soles of my feet cried to be let out of the high heels I had shoved them into for church that morning. I stood up and slid my aching toes out of the uncomfortable shoes, hoping nobody would notice.

I began to sing.  I looked down to my right and saw my 12-year-old son, sitting in the pew, absent-mindedly scribbling in a notebook I had brought for him.

“Stand up!” I whispered.

He looked at me, then back down at his notebook. He went back to scribbling. Maybe he hadn’t understood me.

“Stand up!” I said it in a real voice now, not a whisper. This time, I was certain he would hear.

“But I’m TIRED,” he said, like only a 12-year-old who has never known a twelve-hour workday could say.

I sat down on the pew next to him, slid my arm around his shoulder, and said, “If Jesus could stand on the cross all those hours for you, then you can certainly stand up and sing a song for him.”

He let out a deep sigh that nobody else in the church heard but me, on account of the loud singing.

We both stood up then, and those were the last words that were ever spoken between the two of us about standing during worship.

Sometimes it’s our actions that teach them best.

He’d been taught the rule, without me stating the rule: If your feet work, you stand during worship. There are no excuses.

I remember my grandma at 91 years old, struggling to get to her feet to sing worship songs the last few Sundays before she died.  She had to use a walker to get from her bed to her tiny bathroom, but she would not miss a chance to stand and sing praises to her King. She’s singing those praises in heaven now, and her aching body is now only a distant memory.

Being close to her during her final few months of life taught me never to take a Sunday, or any other day for that matter, for granted.

Whether she meant to or not, my grandma taught me many valuable lessons in those months leading up to her death.

Now I realize that my entire life has been a long line of people teaching me things, whether they meant to or not. Mostly by showing me through their own example how to be, instead of explaining the rules to me.

Perhaps it was because, like my children, I wasn’t so great at listening.

Our leaders teach us through their example.

My Christian walk has been influenced more by what the important people in my life haven’t said, than by the words they spoke. Many important lessons have been taught in silence.

As my boys enter adolescence, I am learning the power of the unspoken word. When they were little, I probably over-explained everything. I wanted them to understand the why of things.

But now that they are teenagers, I’ve learned that there is almost always a greater reward when they figure things out on their own. And the bonus is, that many times if they learn the lesson on their own, they remember it longer. 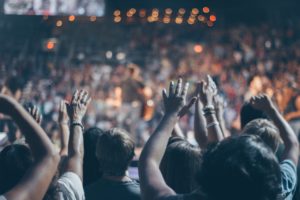 I think about my boys now, as they stand beside me in church. They are very much wiggly, energetic preteens.  They still aren’t sure what to do during the worship service, having just graduated from going to children’s church with the rest of the babies. They are awkward and uncomfortable in their bodies, and they grow so fast. I can almost watch them stretching into giants before my eyes.

I have so many questions about what is best for them. What time should I put them to bed? Should I allow them to go to that party? But one thing I know for certain. If I do not teach them, someone else will.

And so, I watch them in church and encourage them to stand by standing, to sing by singing, and to serve by serving.  I encourage them to praise and worship by praising and worshipping in front of them.  Sometimes I drag them to church only half awake, wearing wrinkled shirts and hiding unbrushed teeth. 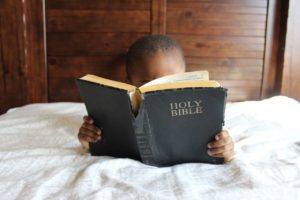 My grandma never ordered me to stand and worship.  There was no ultimatum in her lesson.

But her example taught me volumes.

Her example taught me that if I don’t lead my kids, the leader who does may lead them astray.