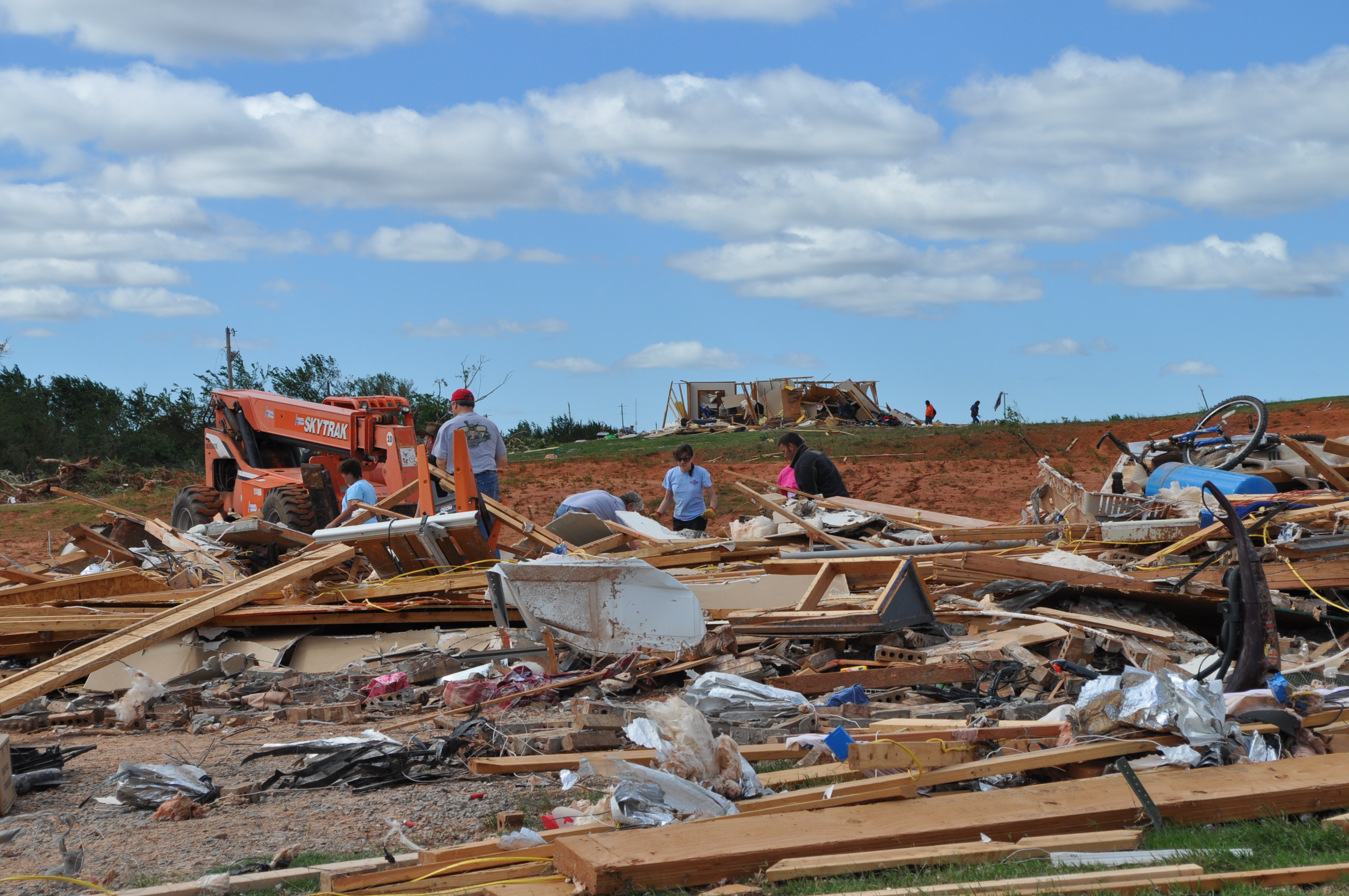 It’s sort of ironic that I’ve often blogged about the weather in Oklahoma—the beauty of the wheat, the spectacular sunsets, and the fury of the wind. I’ve talked about how I want my life to be passionate and have meaning and how I don’t want to be guilty of not living it to the fullest.

I had no way of knowing that on May 24, 2011, my life would change in unspeakable ways. When I called my mom that morning to chat, she said something was weighing on her, but she didn’t know why. She’d even asked a friend to pray. My son, Copper, had gone to work with my husband, Jesse, that day even though severe weather was in the forecast. Everyone knows that for Oklahoma in May that means possible tornadoes.

I changed my shoes because I knew if my daddy knew I’d been wearing silly sandals on such a stormy day he’d be LIVID. I packed a few things and put them by the front door just in case and sat down to watch the storm coverage. One tornado was already on the screen when the weatherman reported that a storm SW of us had started to organize. I felt a shiver of panic, called my friend to make sure she was home so I could run to her shelter, and checked outside. I made my decision to go right then. As I pulled out of the driveway, my brother called to ask why I was still there. That’s when I got scared. I drove to my friend’s house, and as we rode out the storm in the shelter, I tried not to think about the possibilities. The minute we crawled out of the shelter, my phone started ringing.

Our house was hit, and the damage was bad. Extremely bad.

The storm had produced an F5 tornado that hit head-on. We were right in the middle of the damage path. Right. In. The. Middle. We lost everything: every dish, every vehicle, every wall, everything.

My heart sank for a moment but what I couldn’t (and still can’t) understand is the overwhelming sense of peace that came over me. No one was hurt. And we hadn’t lost the thing that mattered most – each other. And our son, Copper.

The first person I saw when I arrived at the house was my friend Laura who hugged me. We approached the mess together. Within minutes, other friends arrived. Over the next few hours and days we were so overwhelmed with love, support, generosity, concern, prayers, and donations that it was hard to understand. How can you understand when a complete stranger pulls in the driveway and hands you money? Strangers showed up in work gloves ready to work. Neighbors suddenly became family. Each person seemed to know what we needed. Some cleaned up. Some gave money. Some brought food. Some brought in heavy equipment. And I have to tell you, one man that I barely knew showed up and spent hours simply picking up glass. He didn’t even know us. Who does that? What kind of people show up without calling just to provide whatever they could? They didn’t sit home and just think about us. They acted. They showed up ready to provide for us. Those kind of people MUST be God’s chosen. They have to be.

I wish I had better words to explain it. I am humbled deeply and I am also filled with the realization that I have never offered my services to people like that. I’ve never reached out to a stranger and gave them $100 and said, “Take this and be blessed,” then walked away without telling them my name. I’ve never approached a destroyed home and said, “I’m here to help. I brought gloves, put me to work.” 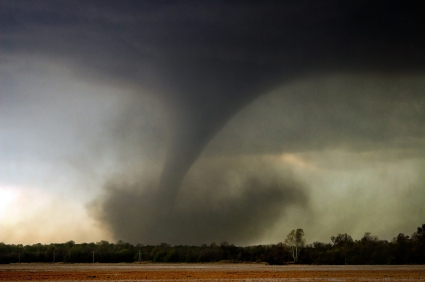 The tornado was incredibly powerful, but also impossible to comprehend. How can wind shred 40-foot metal shipping containers and toss them a mile away, yet leave eggs spread out on the floor uncracked? It sucked out all of our furniture and tossed in every direction yet left a glass vase untouched on the floor. The table it was on was smashed to pieces. It’s like God put His hand on certain items and said, “You can’t have that, and you can’t have that, and leave that.” In the rubble we found my husband’s wedding ring, my wedding dress (in the garment bag and completely untouched), a CD case with my son’s baby pictures, the pieces of a treasured table my Dad made when he was about 25 years old, a painting my sister did for me that I absolutely loved, and several of our important documents (birth certificates, land deeds, marriage license). It’s unspeakably amazing.

Exhausting, stressful, exhilarating days went by. We were mentally fried. As the fog lifted, a random thought kept replaying in my head. All Good Things. I didn’t know what it meant, and it didn’t even make sense. The quiet voice, though, kept whispering to me as we tried to decide what to do about rebuilding. One minute I would be thinking about how our house had been somewhat of a sanctuary for others. Since we’re only 30 minutes from Oklahoma City, it’s a good place for people to stop and spend the night. We’d cook dinner and give friends or family a cozy place to stay without the cost of a motel room. We’ve always enjoyed it and been blessed by it. But then I’d have thoughts of starting over somewhere else, away from the busy road next to us. We couldn’t decided what to do. 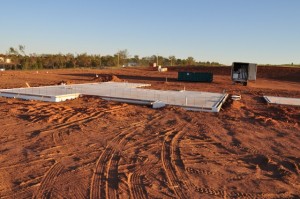 One night after a complete breakdown with my husband, I blurted out through my hysterical fit that I wanted my house back.

Jesse looked at me and said, “Okay. Why didn’t you just say that?” ☺

Once we decided to rebuild in the same place, everything felt right again. It isn’t a perfect place, but I honestly believe it’s where God wants us.

Maybe God had to take away the house we had to begin with so we would know. He was giving us back our sanctuary, not just for us, but for others.

We agreed that we didn’t want a fancy house, we simply wanted a house that others wanted to be in. We wanted people to feel like they could come in, kick off their shoes, and just relax. The work has started. As we’ve watched the foundation and slab being poured, peace and joy have come over us. Almost all of our neighbors are rebuilding, too, and our community spirit has soared. I know God has a lot of work for us to do, and I’m excited about the possibilities. 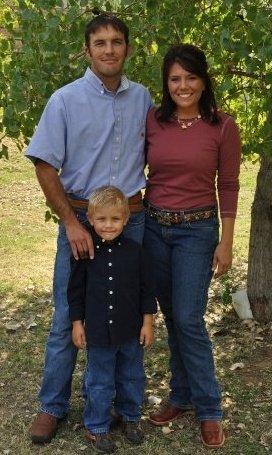 The wind in Oklahoma is furious to say the least. We experienced that last May. But I believe that whatever that wind blew in, it had goodness in it. I don’t think I have to worry about living a passion filled life, either—It’s already happening.

Miranda Lewis lives in a small town in Oklahoma. She teaches at her six-year-old son’s elementary school and runs the computer lab. Her husband, Jesse, is an electric contractor and owns his own company. They’re expecting their second child in January. Miranda says she always thought she had a strong marriage, but this experience has brought them even closer than they were before. Or in Miranda’s words—“I’d follow that man anywhere.”