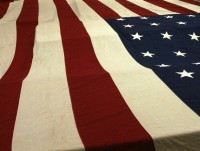 November. The month where we here in the United States take time to give thanks. No. I’m not talking about the fourth Thursday of November, Thanksgiving Day. I’m talking about November 11. Veteran’s Day.

In November 1919, President Wilson proclaimed November 11 as the first commemoration of Armistice Day with the following words: “To us in America, the reflections of Armistice Day will be filled with solemn pride in the heroism of those who died in the country’s service and with gratitude for the victory, both because of the thing from which it has freed us and because of the opportunity it has given America to show her sympathy with peace and justice in the councils of the nations…”

Armistice Day was primarily a day set aside to honor veterans of World War I. In 1954, after World War II had required the greatest mobilization of soldiers, sailors, Marines and airmen in the Nation’s history; after American forces had fought aggression in Korea, the 83rd Congress at the urging of the veterans service organizations, amended the Act of 1938 by striking out the word “Armistice” and inserting in its place the word “Veterans.”

With the approval of this legislation (Public Law 380) on June 1, 1954, November 11th became a day to honor American veterans of all wars.

My father served in the US Navy and was on board his ship at Pearl Harbor when it was bombed on December 7, 1941. He didn’t talk much about his experiences in the war.

Although I wish he had, I understand why he didn’t.

I asked my niece’s son, who served in Afghanistan, if he ever talked about his war experiences. No. Only with those who’d been there.

How can anyone who hasn’t faced war truly understand what it was like for those who go through what they go through?

And here’s where Jesus comes in.

Jesus left his throne in glory to come to this earth as a man to fight the war for us. He came to win the victory over sin for us. He endured all things we as humans endure to pay the price for our freedom from Satan’s claws of death.

Jesus knew the joys. The pains. The prejudices. The humiliation. The betrayal. The love. The loss.

While I am extremely thankful for the sacrifices of the men and women in our military, and 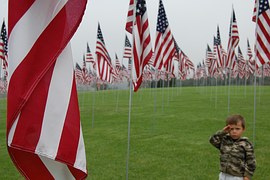 their families, I cannot truly comprehend the raw emotions and pain events in their lives cause.

He won the victory. He is the conqueror. His death and resurrection bought our freedom.

To all the many men and women who are serving and who have served in our armed forces throughout the history of the United States of America, thank you so very much. Your dedication, sacrifice, and honor are greatly appreciated.

I, indeed, salute you.

Do you know a veteran? Tell them thanks.

If you are a vet, how would you like people to celebrate Veteran’s Day?

I wish you well,