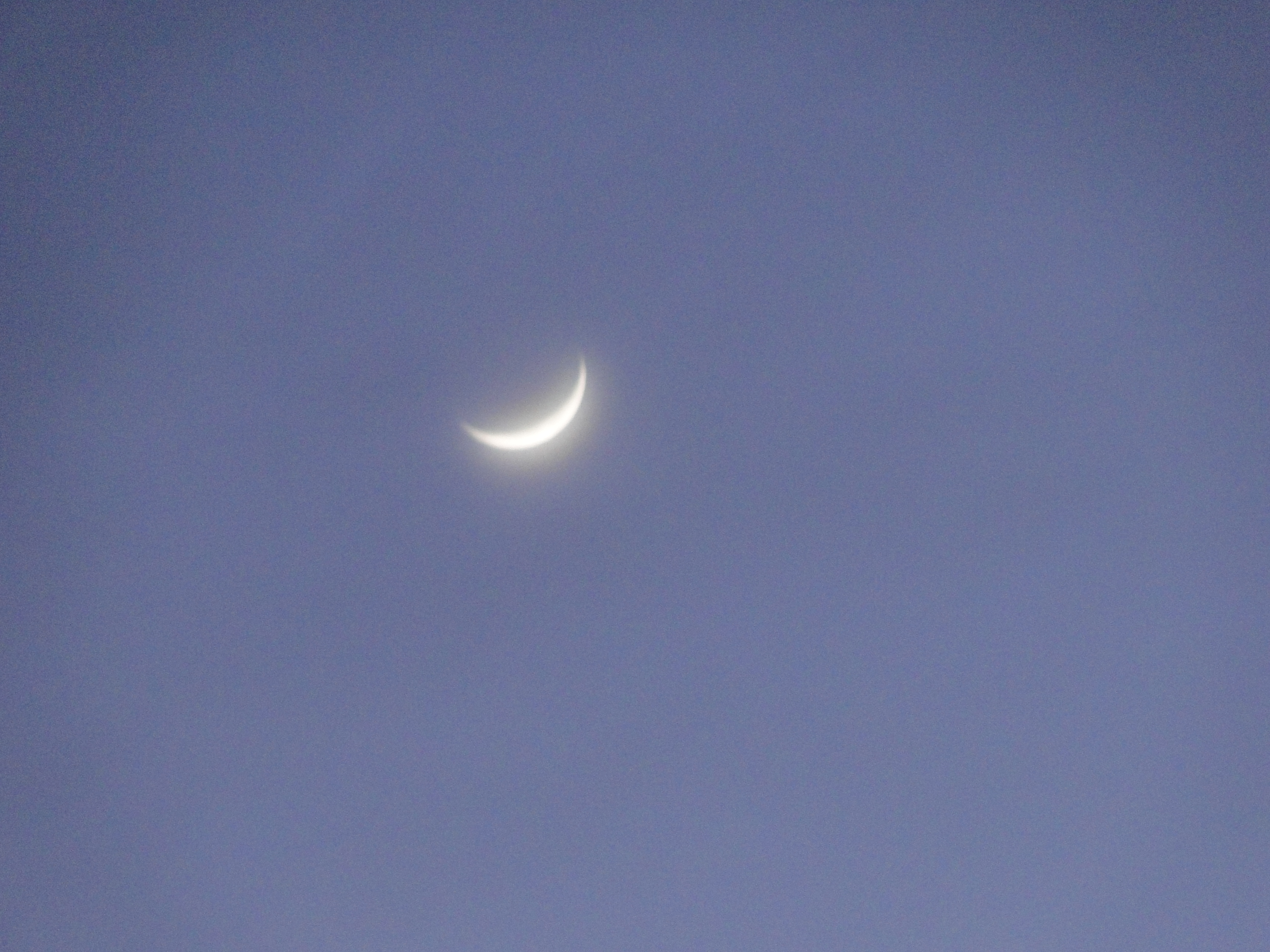 “In the game of pitch, you can shoot the moon with only an ace and a deuce – providing it’s the first hand of a new game.” This is the kind of wisdom I learned from my dad growing up. Home-spun truths with one foot in the real world and one in the legendary world of tall tales—a realm in which my dad holds the degree of “master spinner.”

My sisters and I weren’t thinking of tall tales, though, last February when Daddy had to take an unexpected helicopter ride to Amarillo following a minor heart attack during a stress test. He was admitted to ICU, and the cardiologist ordered an angiogram for the following day. It revealed major blockage that would require a minimum of four bypasses . . . and came with the unspoken prognosis: At his age, anything could happen.

One of my sisters went the first night, and the next day, my other sister and I drove in, apprehension in our bones. We were relieved to find Daddy stabilized, but quite weary. The surgeon wanted to give his body time to recover from the two days of tests before she performed the bypasses, so we had a whole day to wait. No tests. No agenda. Just bed rest and monitoring in ICU. 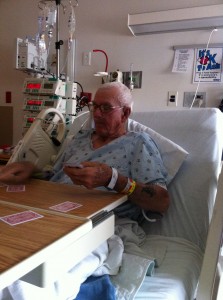 Daddy was in high spirits that morning—“fine as frog hair,” as he was fond of saying. Donna, Marsha, and I didn’t let on about our fears—the tangible reality that this might be the last day this side of heaven we had to spend with our dad. A dad who was definitely one-of-a-kind. When we were kids, he was just as comfortable combing our hair into pony tails as he was making us mow the grass or pull nails out of boards. He often loaded us up in his pick-up and took us off on horse-trading expeditions or a day of cherry picking in Granny’s orchard. He waited in the car into the wee hours of night waiting for us to get home from band trips and didn’t mind telling us to “keep your nose clean and to the grindstone.”

All of those things and more riddled our thoughts as Daddy rested in the hospital bed. The blood-thinning heparin dripped from above keeping him safe until they sawed his chest open and put him on the heart-lung machine so they could “fix” what they could. Daddy didn’t raise a trio of whiny, mopey girls, though. So after the morning routine, Marsha pulled out a deck of cards. Time for a game of pitch.

We positioned the bedside table, cranked up the head of Daddy’s bed and spent the day doing what he liked best – playing cards and telling stories. It didn’t take a lot of encouragement on our part to get him started, and we talked and laughed until tears ran down our cheeks.

If it was to be his last day on this earth, we’d made the best of it—a day we could look back on without regret.

It wasn’t his last day, though. The repairs were made and he came through just fine. I won’t say the aftermath was pleasant—certainly not as much fun as four-handed pitch, but two weeks later we took Daddy home, and he continued the road to recovery. He’s back to restoring buggies, being head usher at church, and spinning more stories. My own gratitude overflows. How blessed I’ve been to have a dad who taught me about Jesus, who’s been an anchor and influence in my life, and who taught me that you can shoot the moon in a game of pitch with an ace and a deuce – providing it’s the first hand of a new game.

Sometimes it’s the little things. Sometimes the huge ones. Sometimes it’s hard to tell the difference. Here’s the truth, though. Next time we gather around the oak table in Daddy’s kitchen and the cards are shuffled, I’ll say a prayer of Thanksgiving. I might even try to shoot the moon.