I used to think when I would see a runner stopped by a red light jogging in place that he was merely showing off. Look at that runner, I’d think to myself. He is so hard-core he can’t pause even a few seconds to wait for the light to change. 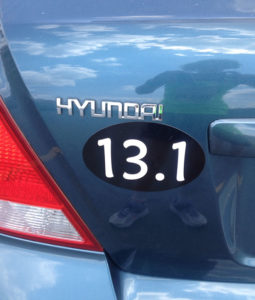 When I became a runner and slowly increased my distances, I altered my perspective. I learned that jogging in place at the stoplight was not bluster and boasting like I once had thought. It was mere survival. Stopping cold at an intersection could cause my knees to lock up, my leg muscles to seize, and my very will to continue to dissipate. Far from being the “tougher” thing to do, keeping my legs moving was the necessary thing to do.

I learned from this experience not to discount the practices of those who were more experienced than me. I learned to ask questions, rather than rely on my own interpretation. We can learn a lot of wisdom from the ones who go ahead of us, and we can learn even more from the One who goes ahead of us.

It was Jesus who said, “No one who puts his hand to the plow and looks back is fit for service in the kingdom of God” (Luke 9:62).

I think Jesus knew something about running. Sure, He used a farm analogy, but He could just as easily talk to us today about those runners on the corner. The message is the same: don’t stop.

I don’t think Jesus meant we should never rest – the Bible is full of admonitions to care for our physical bodies with rest – but like those runners before me, He knows that the time to stop is not in the middle. When the path before us is clear, we need to run with perseverance. When the going gets tough, we need to beat back the waves of doubt. And when barriers force temporary halts, we need to keep our legs moving until we can sprint forward again.

If you’re feeling knocked off course or stalled by a red light, don’t stop. Keep straining forward, keeping yourself fit. Eventually the light will change, the path before you will open, and you can surge forward once more.

When we’re paused by circumstances outside our control, we need to keep moving our spiritual muscles as much as those runners keep moving their legs. Such flexing and stretching is not bluster or boasting. It keeps us fit to plow the next furrow the moment the light turns to green.