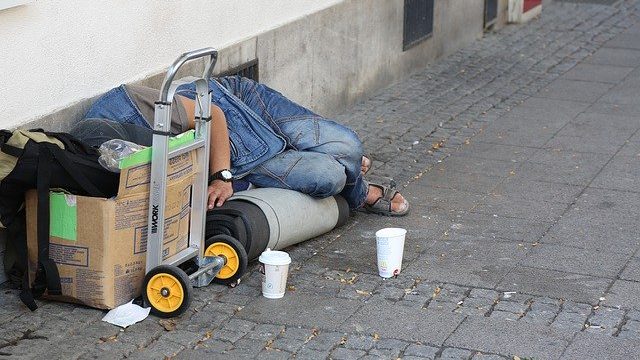 There was a rich man who was dressed in purple and wore fine linen. Even his undergarments were made of fine linen. While the rich man lived in luxury, others brought a beggar named Lazarus to the man’s home and laid him outside the front gate. Open sores covered the beggar’s body: so much so that the dogs came and licked his wounds. Though the beggar longed to eat the discarded scraps, the rich man offered none. Such was his hard heart. And yet the beggar’s circumstances did not make him bitter towards God. His faith in my Father’s promises kept the poor man from becoming distracted with envy, jealousy, and hatred towards the rich man.

Each day the rich man would open his front gate and, turning his head to look away, walk past the beggar. Inside his palace the rich man feasted lavishly, often alone, though sometimes with his brothers. Like the Pharisees, the rich man was a lover of money. Wealth was his god.

The time came when Lazarus died and the angels carried him to Abraham’s side. The rich man also died and was buried.

In Hades, where he was in torment, the rich man looked up and saw Abraham far away, with Lazarus by his side. So he called to him, “Father Abraham, have pity on me and send Lazarus to dip the tip of his finger in water and cool my tongue, because I am in agony in this fire.”

Even in Hades the rich man still refused to speak to the poor man, still refused to make eye contact. In his suffering the rich man still ordered others to “go” and “do” for him. The habits and attitudes he established in this life, he carried with him to Hades. This is a warning to all. God knows everyone’s heart and from the heart come evil thoughts, murder, adultery, sexual immorality, theft, false testimony, slander. But when you are in me, I will guard your heart.

Abraham replied, “Son, remember that in your lifetime you received your good things, while Lazarus received bad things. Now he is comforted here and you are in agony. And besides all this, between us and you a great chasm has been set in place, so that those who want to go from here to you cannot, nor can anyone cross over from there to us.”

I tell you it is not I who fixed this great chasm but those who reject me. Even after losing his first born, Pharaoh’s heart remained hardened. A lifetime of rejecting God’s love and mercy is a habit you take into eternity. The dead in Hades desire pity; I desire repentance. The distance between the two is great.

The rich man answered, “Then I beg you, father, send Lazarus to my family, for I have five brothers. Let him warn them, so that they will not also come to this place of torment.”

Abraham replied, ‘They have Moses and the Prophets; let them listen to them.’

“No, father Abraham,” he said, “but if someone from the dead goes to them, they will repent.”

He said to him, “If they do not listen to Moses and the Prophets, they will not be convinced even if someone rises from the dead.”

Are you a lover of money or me? Time spent on others is time spent with me. When others are hungry and you give them something to eat, you are feeding me. When a beggar is thirsty and you give him something to drink, you are inviting me in. When the naked need clothes and you offer your garments, you clothe me. When you tend to the sick, you care for me. When you leave the gate and step behind the bars, you find me in prison.

Here I am! I stand at the door and knock. If anyone hears my voice and opens the door, I will come in and we will feast together.