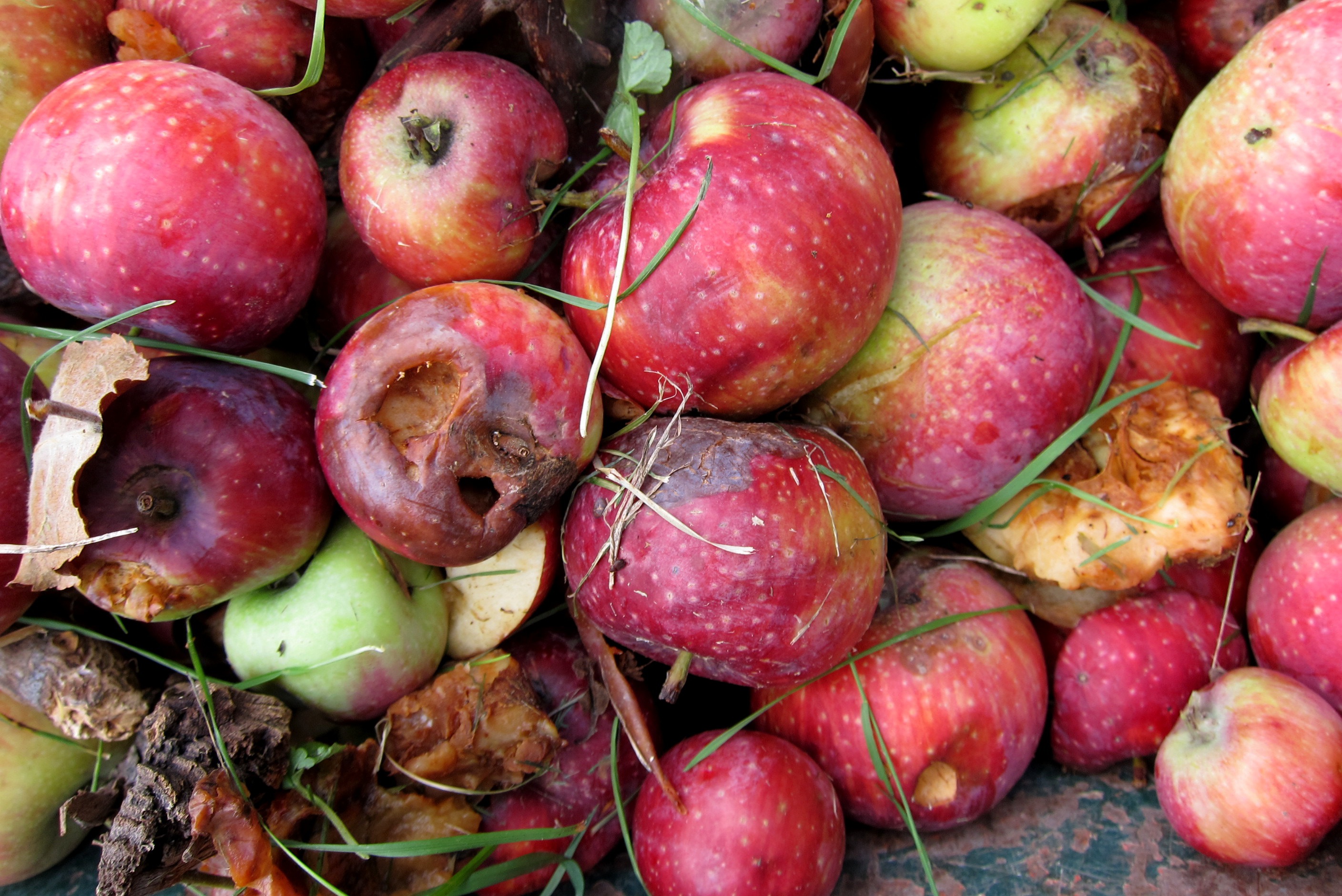 A few days ago a friend asked if she could come to my apartment. I don’t like visitors to see a messy house and thus began to clean in case she wanted the “grand tour” of my two-bedroom apartment. It’s funny how we tend to “hide the evidence” of our lives when we think someone on the outside might disapprove of what they see.

As I was cleaning, I remembered that there were apples sitting in my windowsill. I received a case of apples a while back and they ended up on my windowsill as that is the coldest place in the house. While that was a good place to store them, it also meant that they were forgotten as my curtains are normally closed. Eventually they began to go bad, but being in a cool place there was no smell to the rotting fruit. Even knowing they were going bad, I thought I could cut the bad parts off and still use them…but would never think to cook them when I actually had the time to do so.

Since I did not want my friend to see the apples, I began to gather them all in a bag so they could be thrown out. I realized that they were beyond salvaging at this point. As I removed them from the windowsill, there were marks left behind on the stone. I tried to wash off all of the evidence, but some of it would not come off.

As I saw the marks that were left behind by the rotting fruit, I was reminded of how sin leaves behind a mark in our lives. How many times have I allowed sin to take hold in my heart because it began as what seemed like a good idea? How many times have I thought that I could “redeem” my sin and still turn it into something good? How many times have I closed the curtain on sin in my life, hiding the evidence from myself and others, pretending that it was not there because I was not willing to take the necessary steps to fight against it?

Sin leaves a mark in our lives. Even after it is confessed, there are still consequences. Confession is not a time machine that allows us to go back in time and choose not to commit the sin. Confession brings forgiveness, but it does not erase the past.

“Therefore, since we have so great a cloud of witnesses surrounding us, let us also lay aside every encumbrance, and the sin which so easily entangles us, and let us run with endurance the race that is set before us, fixing our eyes on Him, the author and perfecter of faith, who for the joy set before Him endured the cross, despising the shame, and sat down at the right hand of the throne of the Father.” (Hebrews 12: 1-2)