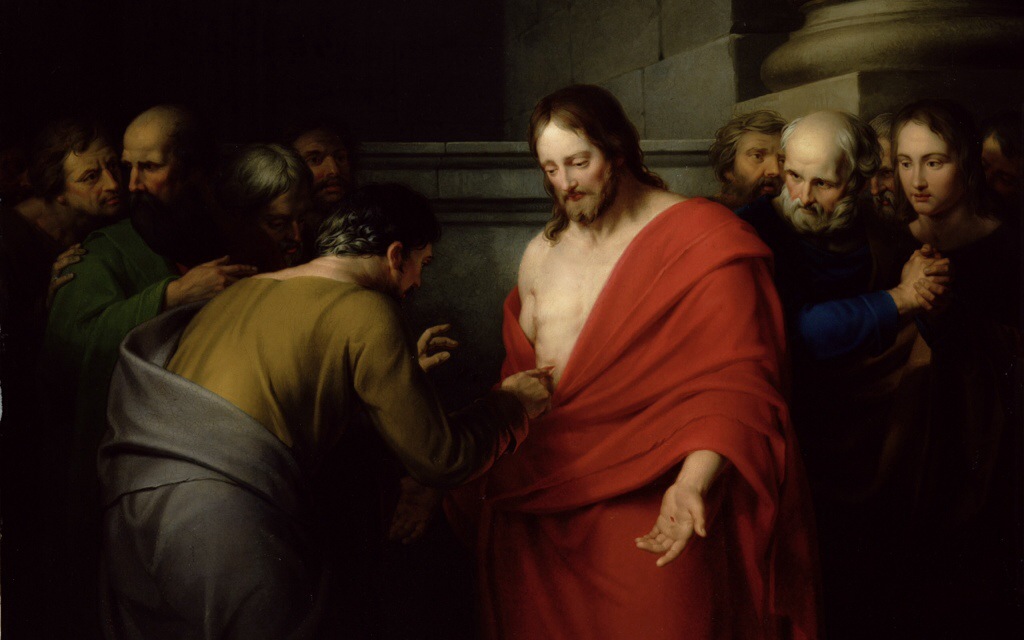 Thomas was underrated. Here we have the one guy who stood up and said, “Whoa whoa whoa…before we start writing Acts, can we just verify this man’s claims?”

After all, if I’m reading my scripture right, Jesus looked different after He walked out of that tomb. Who wouldn’t? Resurrection is a life-altering experience. We’ll all find that out some day. Our physical appearance is going to be somewhat altered (personally, I’m hoping for major improvements).

So Thomas performed the “sanity check.” And that one moment in history changed the argument for centuries. Now no one could say, “How did they know it wasn’t someone pretending to be Jesus?” To which we can now answer, “Because someone would have to be pretty dedicated to put a hole in his wrist to carry out the deception.”

Doubt is simply self-testing. If you never doubt, you are simply following the crowd. Even if you’re following the right crowd, it won’t take much to steer you off course. Any argument from the opposition will sway you.

But if you’ve administered those self-tests, those moments of doubt, you’ve already built your defense. You’ve already held these internal debates, possibly at three in the morning, and have answered the hard questions. If the 3am debate resulted in a draw, you probably Googled your doubt the next day and found some help. And, by all means, read the opposing views, too. The stronger the argument against your belief, the stronger your faith will be once you defeat it.

I suspect that Thomas went on to be an outstanding disciple. He probably never wrote his own book in the New Testament because he was way too crazy busy preaching from every rock he could find. He had no time to write out a letter, send it to the publisher, and wait six months to a year to see if Zondervan had a place for him in the NIV.

So I can only pray that my faith is as strong as Thomas’. He was the one disciple with the courage to ask his Lord for proof. I want that kind of courage. I want to be strong enough in my faith to doubt and strengthen it further.

Because if I don’t have that kind of strength, it is only a matter of time before someone breaks down my pitiful wall and pulls me far from my Lord.