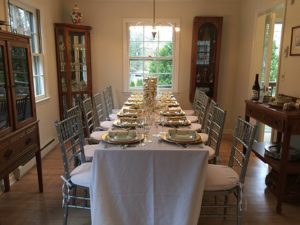 But you, O Bethlehem Ephrathah, are only a small village among all the people of Judah. Yet a ruler of Israel will come from you, one whose origins are from the distant past. Micah 5:2 NLT

The gifts circled the tree in a wide radius and reached toward the ceiling. I suppose I never wondered how they arrived before Christmas; I was simply excited my pile was bulging.

I was the first grandchild on my father’s side of the family. The next didn’t make her appearance for four years, which gave my grandparents plenty of time to spoil me. And they did an exceptional job.

Early Christmases escape my memory, but the later ones I remember fondly. My grandmother worked at the local hospital as a nursing assistant, and my grandfather drove an ice cream truck. Neither occupation paid much.

My grandmother had a certain amount of money deducted from her salary at the hospital and placed into a Christmas fund. To my grandfather’s disdain, she also had a department store credit card. When Christmas rolled around, the first was depleted and the other inflated. The entire New Year was spent paying for last year’s Christmas abundance. 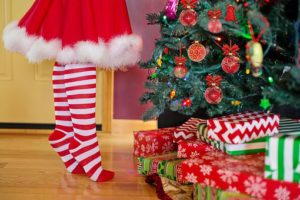 In my younger childhood years, Christmas at my paternal grandparent’s house bulged with gifts. My grandmother carefully counted to make sure each grandchild received the same number of presents.

Christmas day found our family and my aunt’s gathered at my grandparent’s house to celebrate the Savior’s birth and to open the plethora of presents. My cousin and I passed out presents, our eyes brimming with excitement as we watched the mound of presents grow at each recipient’s feet.

Wrapping paper and bows flew in all directions while yells of excitement waffled through the air. Santa had delivered everything we asked for and much more than we hadn’t anticipated.

As the excitement filled the air—accompanied by ooh’s, aww’s, and thank you’s—my grandmother sat snuggly on the couch enjoying each moment. Especially the ones when a grandchild received exactly what she knew they had asked Santa for.

Our parents weren’t as excited as they tried to load all the goodies in vehicles too small for the loads. Presents were stored in every crevice with only a small space left for the children. Since these were the days before mandatory seatbelts, children could be stuffed anywhere without parents worrying about a fine. At home, we filled our rooms with our newfound treasures. Some we cherished for years to come and others we only played with a few times before adding them to our not-interested-in piles.

As I reflect on those early Christmases at my grandparents’ home, I think of grace—the same grace God demonstrated with His Christmas gift.

Other than a sense of pleasure and fulfillment, my grandmother received nothing from all the time and effort she put into making these Christmases special for her children and grandchildren. Her purchases cost her dearly. I remember the totals, and for this time period, they were extravagant—especially on her budget. She gave us what we didn’t deserve because she loved us. She had no intentions of buying our love; she simply wanted to demonstrate hers. 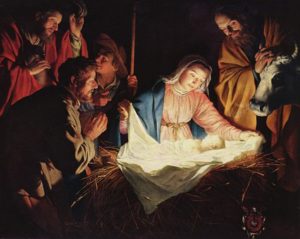 God’s gift in the Christ child was similar, but even more far-reaching. We didn’t deserve His present nor can we ever repay Him for it. He doesn’t attempt to force us to love Him; He merely wants us to demonstrate our appreciation by accepting His love and by serving Him.

Grace is undeserved favor, and this is what God showed us that early Christmas morning when His baby Son was delivered in a dark stable.

Will you share God’s gift of grace with others this Christmas season?

Martin lives in Greenwood, SC, and is the Managing Editor for Christian Devotions (www.christiandevotions.us), the Senior Editor for Inspire-a-Fire, and a Copy Editor for Courier Publishing. He is an author, English teacher, minister, and freelance editor. He is the founder of Love Lines from God and the author of six books, including his most recent, A Whisper in the Woods: Quiet Escapes for a Noisy World. He has also been published in numerous publications. He and his wife are parents of two and grandparents of five. He can be contacted at martinwileseditor@gmail.com.