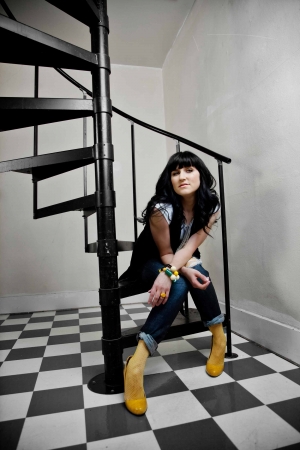 Her new album, This Time Around, releases on Sept. 27.
Earlier this year, Williams was named a
“Best Bet of 2011” by Billboard Magazine.
Her songs and her character speak of the strength of a woman well beyond her years
Williams grew up in extreme poverty with her mom and stepfather.
Throughout her early childhood, she suffered intense abuse.
Her mother gave her away at age 11, and Williams went to live with
her grandfather in Michigan and later with her aunt and uncle
who eventually adopted her and are now her legal parents. Living with
little guidance and the pain of past abuse and rejection, Williams turned to
drugs and alcohol as a way to numb the realities of life.
As things began to spiral out of control, the young teenager
began to have thoughts of suicide and was even homeless at one point.
At age 18, however, the dangerous road Williams was on
took a U-turn when she gave her life to Christ.