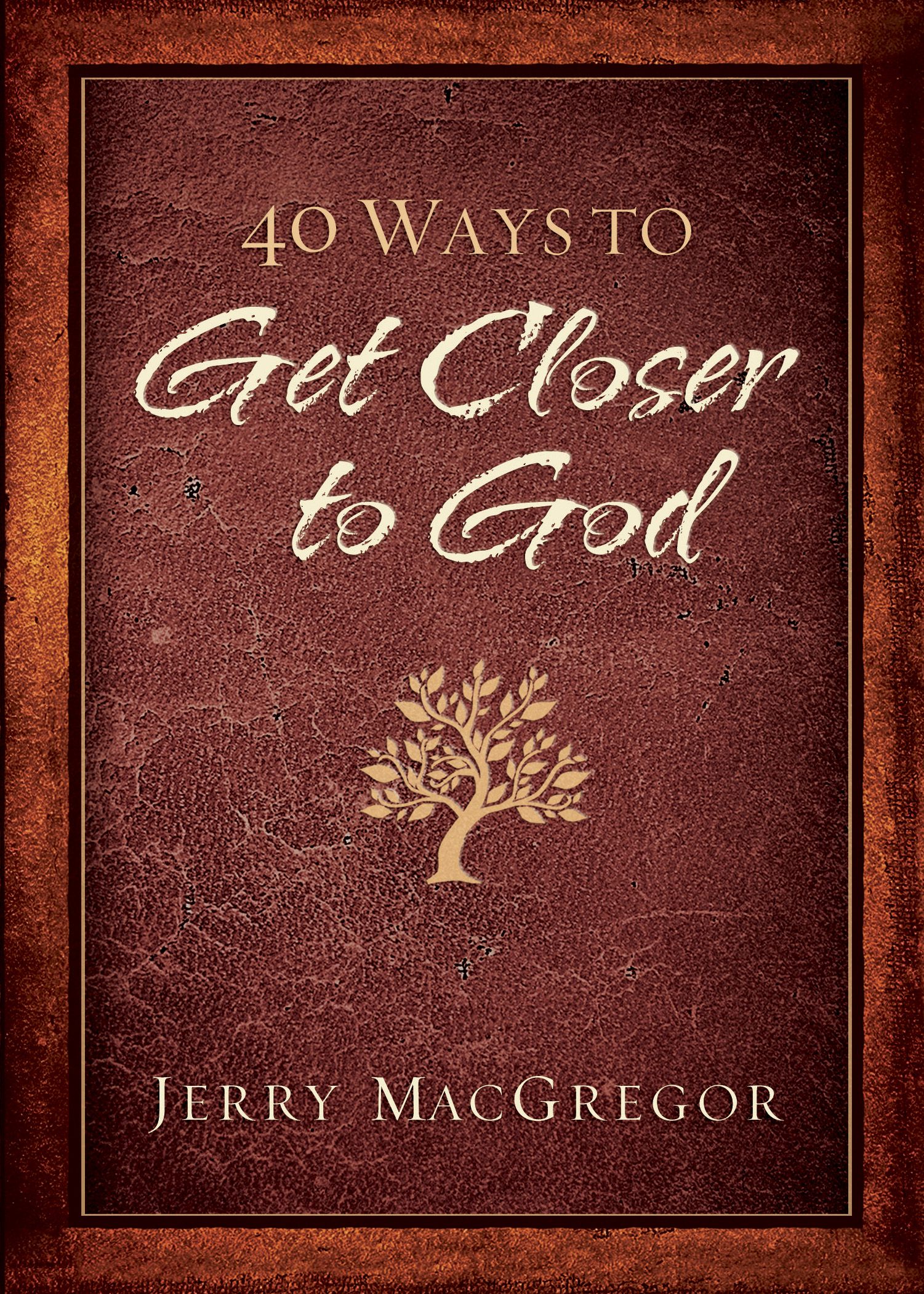 To address God as Abba is the boldest and simplest expression of that absolute trust with which we rely on God for all good, with which we entrust ourselves to him.

[an Excerpt from MacGregor’s book, 40 Ways to Get Closer to God]

When Jesus’ disciples asked him how to pray, he told them to follow his example, and to call God “Father.” In some prayers, Jesus refers to God as Abba, the Aramaic equivalent of “Papa” or “Daddy,” a term of innocent endearment and trust.

For some of us, the metaphor of a Father—someone bigger than us who protects, provides, and loves—is helpful when thinking of God. But for others, the name “Father” has negative connotations. For example, in his book Crazy Love, pastor Francis Chan writes that he felt unwanted and unloved by his father:

“I never carried on a meaningful conversation with my dad. In fact, the only affection I remember came when I was nine years old: He put his arm around me for about thirty seconds while we were on our way to my stepmother’s funeral. Besides that, the only other physical touch I experienced were the beatings I received when I disobeyed or bothered him.”

Not surprisingly, Chan says his strongest feeling toward God when he first became a believer was one of fear.

Most of us got a mixed bag from our earthly fathers.

Love yet betrayal; kindness yet impatience; goodness yet anger. My own father loved me, but he was distant. First of all, I was the youngest of his eight kids, and he was 58 when I was born. He was a man from another era, an old-school sort of guy who had literally been raised in the woods, where his father ran a sawmill. A World War II Navy vet, he worked hard his whole life. He felt his role was to work and provide, not coddle or offer a lot of affection. I didn’t feel terribly close to him, but I don’t think he was emotionally close to anyone. My dad did like to talk to me sometimes, and I do know that he loved me, but his life was focused on his work. He’d work all day as a machinist, come home, take off his coveralls and wash up, eat supper, then head out to his workshop to do more work. I think “work” defined my dad’s life.

Then he retired. Without the work that had defined his life, he became depressed. He ended up waking me up early one morning to say goodbye, then walking outside and taking his own life. I was twelve at the time. For years that influenced my ability to love and trust anyone, including God. The anger and sadness I felt over my dad’s death left me scarred. I’m not sure I fully came to grips with it until I became a father myself.

In Chan’s book, he also says that becoming a father changed his view of God as a father, because he realized that the love he felt for his little girl was but a fraction of the love God felt for him. Likewise, realizing how much I love my three kids has given me fresh insight into what it means for God to be a father to us. But I had to make some choices to do things differently than my dad. I had to make the hard decision to break the pattern and get emotionally close to them.

When my son Colin was about two years old, I remember him putting a record on and doing a little “happy dance” around the living room. “Papa, dance with me!” he said. My own father, given that invitation, would rather have died than danced with a two-year-old. In that moment, I realized that I had to make a choice. Even though it felt awkward and silly, I decided to be a different sort of dad than my own father had been. So I danced in the living room with my son. It sounds strange to say it, but in many ways that was a turning point for me as a father. It made me aware of the great lengths God is willing to go to show me, his child, the love he has for me.

The Challenge we Face

None of us had perfect fathers, and none of us are perfect fathers (or mothers). We make mistakes, we love imperfectly, we try and fail. But today, think about the things you appreciate or respect about your dad—or a person who was a father figure to you, if your dad was absent. Take some time to thank God for your dad and for things you learned from him—even if you had to learn some of those things the hard way.

The only perfect parent is our heavenly Father. God is kind but not over-indulging, gentle but strong, loving without conditions. Today, make a list of what kind of a Father God is. What characteristics does he exhibit?

Then take a look at the list and pray your way through it. Thank God for the specific ways he has been a loving provider and Father for you. Thank your heavenly Father for loving you, and tell him specifically that you love him.

If you have kids, think about the kind of mom or dad you want to be. It’s one thing to hope to be a good parent, but actually being one requires us to make choices about our behavior, our words, and our attitudes. If you want to do things differently than your dad, what are some choices you’ve made that reflect that desire? What are some choices you need to make? Maybe you need to decide to dance with your two-year-old, or hug your son and say “I love you,” or just listen to your daughter talk about her day. Decide what you can do to be a great dad (or mom) today.

Jerry (Chip) MacGregor is the president of MacGregor LIterary, Inc., a full-service literary agency that works in both CBA as well as the general market. Chip has been working in the publishing industry for three decades, and made his living as a freelance writer and editor for several years. He is the author of numerous books, including a couple of bestselling nonfiction titles, and formerly served as a publisher with Time-Warner. He began working as an agent fifteen years ago, and has represented hundreds of titles, including numerous award winners and bestsellers, and one that hit #1 on the New York Times bestseller list. He works with both fiction and nonfiction titles, but the majority of the business he is currently doing is fiction. A well-known speaker at writing conferences and via online writing sites, he lives on the Oregon coast.