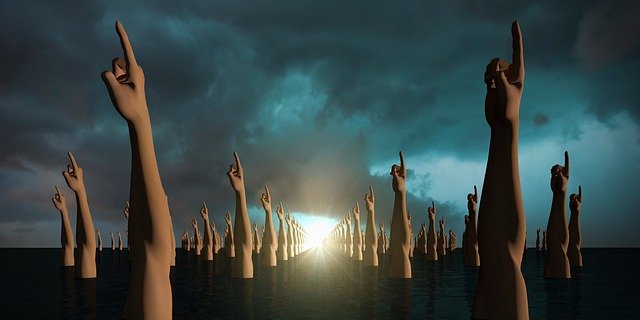 “This gospel of the kingdom will be preached in the whole world as a testimony to all nations. Then the end will come.” – Matthew 24:14

Preached as a testimony to all nations. . . a Kingdom Gospel of service, sacrifice, and suffering. A Kingdom Gospel at odds with the kingdom of man message of tyrannical power, senseless revolts, endless violence, and coercion through force.

“So when you see standing in the holy place ‘the abomination that causes desolation,’ spoken of through the prophet Daniel—let the reader understand.” Matthew 24:15

When Jesus spoke these words to his disciples none of his testimony had been recorded. Only later, through the writings of Mark, Matthew, John, Luke, Peter, James, Paul, and Jude, would Jesus’ brief life make it into print. And yet, Christ knew we would read his words. Now, 2000 years later, he commands us to not only read, but understand what is to come.

“Let those in Judea flee. For there will be great distress, unequaled from the beginning of the world until now—never to be equaled again.” – Matthew 24:16

Some contend the Revelation of Christ is metaphorical imagery that should not be taken literally. Ask yourself: Have any of the events described by Christ ever happened? If not, then was Jesus speaking in hyperbole? Are we merely waiting for him to come and say to us, “It was a joke. I was only kidding?” Is this what we mean by Advent?

“If those days had not been shortened, not one person would survive.”  – Matthew 24:22 Notice that Jesus speaks in past tense, as if these events, this time of unequaled distress, has already happened. In the same breathe he then speaks of the same event in future tense.

Only the One who is the Alpha and Omega, the Beginning and the End, can speak of history in past, present, and future at the same time.

“False prophets will appear and perform great signs and miracles to deceive even the elect—if that were possible. But I have told you all this ahead of time.” – Matthew 24:24-25

Here is our warning. False prophets, false teachers, false preachers will twist the words of Christ and those of his Father. They will do so in order to deceive not just those in Christ, but all men and women. This is the first and favorite attack of Satan. “Did God really say. . . ?” And this will be the Father of Lies last line of offense. But take heart. There is an implied promise for those who are in Christ.

“It that were possible. . . .” When the Spirit of Christ resides within, his Spirit will confirm, illuminate, and cause to come alive his very words. This is as it should be. The author always knows the intent of his words better than the reader.

Praise be to God; Christ has warned us ahead of time to be alert to those who speak falsehoods. Look for the coming of Christ. His arrival is closer today than yesterday.