We had a rollercoaster of emotions toward the end of the fateful year with the loss of several beloved celebrities including my favorite actress, Debbie Reynolds and her daughter, Carrie. 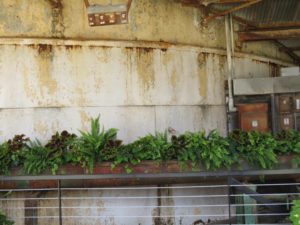 he Internet was flooded with memes saying “if 2016 were a person” and displaying evil characters from current television shows or the most horrendous Halloween mask-like faces.

It got me thinking… what would the personification of 2016 actually look like? The verdict… It would look like the face in the mirror. Ouch. The truth hurts. Let me explain.

The new year comes with resolutions firmly written in pen, but expectations that they’re written in stone. With each passing day resolutions fall flatter and flatter until, before long, we can’t even find the list. The months tick by with celebrities quietly (or not so quietly) falling off three by three. Social media becomes flooded with well-wishes for people we’ve never met and comments on how such-and-such year has been the worst one yet and it can’t be over soon enough. The ball drops and the cycle repeats. Over and over again we find ourselves in a sad revival of Groundhog Day where the world is Bill Murray. If we’re the ones stuck living the cycle why, may I ask, is it the year that gets the blame?

We’re the ones who choose to set goals we don’t bother working toward. 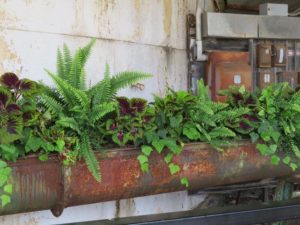 something tragic rocks the very structure of our lives.

We’re the ones who sit back and watch the year pass by, falling flat on our faces and not having enough faith to get off the ground.

I’m speaking to myself right now, because I certainly sat back and let 2016 take me for a wild ride.

That way when I watch the ball drop on December 31, 2017 I know exactly what the year looked like.