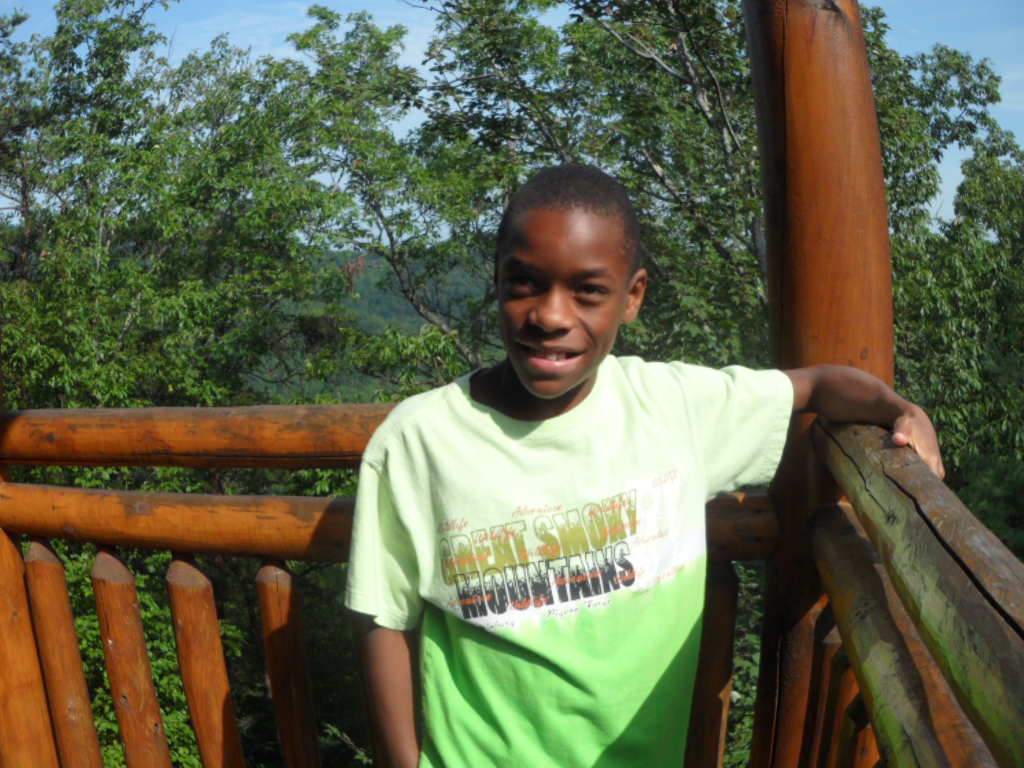 After my four-year-old son, Jonathan, passed away, my world crumbled. I questioned God. Why did you give me a child with special needs, then take him away? Even through sorrow and bitterness, I continued to go to church, continued to go to my job as a nurse, caring for an infant similar to my son who died, thinking somehow I’d work through the pain and eventually it would all go away. But as time passed, this didn’t happen. I literally folded into myself. I quit my job and avoided people.

A year prior to Jonathan’s death, my husband and I had sought out to foster children who were less fortunate. This thought of fostering occurred to me while I was at the hospital caring for Jonathan. I walked the halls and saw many children who were alone. Some of the parents had to work and couldn’t be there all the time. Some children didn’t have parents—I found out from the nurses—and this grieved me.

Jonathan in His Wheelchair 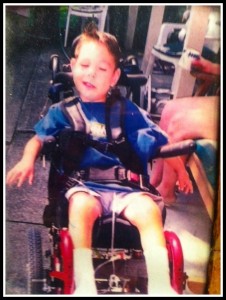 One day, while I was cleaning Jonathan’s room, I sat on his floor and I prayed, while my dog, Lexy, licked my tears. I prayed for God to send me another child just like Jonathan—someone that would be dependent upon me for their care.

A month later, Children Services called and asked if I would consider fostering a baby boy who was born a preemie, weighed one pound, thirteen ounces, had bleeding in the ventricles of the brain, had seizures, and they couldn’t make any promises in regard to the outcome of this child.

I agreed to take this baby even before I spoke with my husband, since we had already discussed what type of child we were willing to take. After I hung up the phone, I thanked God for answering my prayer. Boy did He ever answer my prayer. Jonathan was born a preemie, weighed one pound, thirteen ounces, had bleeds in the ventricles of the brain, had seizures, and was confined to a wheelchair.

My boys, Jeremy and Matt, were excited about getting a new brother, although Jeremy was a bit apprehensive at first. “What if he dies too?” he asked.

I explained the situation—how I felt God was sending us another angel to care for. Jeremy seemed to understand what I was saying.

Da’laquan has been a blessing to our family. We were told he might not ever be able to walk, talk, or do things a normal child can do, but those words didn’t discourage me. Now, at the age of eleven, he does have seizures, walks with a limp, and is in a multi-handicap classroom at school, but he never ceases to amaze us or make us happy. And, he says the funniest things.

One day while at Jonathan’s graveside, Da’laquan said, “When I go to heaven, I’m asking Jesus for a parachute so I can come back.”

Two years ago, Da’laquan invited Jesus into his heart. When he finished praying he said, “God, just let me know if I can help you in any way.”

Everywhere he goes, he lights up a room. His eyes sparkle when he smiles. I never dreamed I would bury my child. I wanted him to bury me. But I never dreamed that God would answer my prayer and send me a child just like Jonathan either, and He did.

There are so many children in the world needing a miracle—someone to rescue them. But for me, Da’laquan was just the miracle I needed. All of my kids are special to me in their own way. I thank God for them.

Pamela Klopfenstein lives with her husband, daughter, sons, and a dog named Sawyer. Her days are filled with driving her kids to endless activities and considering a never-ending stream of words that try to find their way to her laptop. Before becoming a full-time mom, she worked as a nurse.
Pamela writes devotionals, articles and books. Some of her work has been published at Christian Devotions and Angels on Earth.