Important fact about Jenni: I am not outdoorsy. However, I did spend this summer outside… of my comfort zone at least.

It all started in Weatherford, Texas where my mom and I embarked on the adventure of a lifetime. It was a seven-day film bootcamp where we learned everything from lighting to directing and sound to screenwriting. 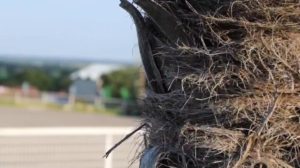 By the end of the week everyone in attendance was exhausted, but for most of us, it was worth it. I learned that talent comes in all shapes and sizes. Ideas don’t grow on trees… (unless you’re my mom in which case you have a million idea trees in your head). Every role in creating a film is important. It doesn’t matter if you’re a director or a grip. You are important. Vital, even. The film would not be possible without you.

The summer continued with filming, editing, and sending off a pilot to a major Christian TV network. The best part about the whole thing… they loved it!

This summer I: filmed, socialized, wrote (a lot!), learned, listened, talked, and grew. This summer I lived.

Although the summer is drawing to a quick close, it’s not too late for you to take a leap out of your comfort zone.

If you’re a skeptic like me, then you’re probably wondering what the big deal is. Why can’t you just stay in your bubble? It’s worked for years, right? 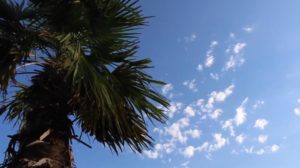 Let me tell you why you should jump off the cliff…

I am not a social being. As a matter of fact, social settings tend to give me serious anxiety. This summer, however, I was forced to interact with others, and I am better because of it. I’ve developed ideas and shared them with others. I have collaborated, and learned so much. I was forced to recognize the fact that I don’t know everything, and the knowledge I lack is stored away in someone else’s brain. I have to talk to them to learn, and, if I’m honest, I’d say talking to people isn’t that bad.

So, if I can run up and down stairs and around a film set in the Texas summer heat, all while interacting with an entire group of people, you can do something outside of your comfort zone.

Go on a hike. Have lunch with an old friend. Go see a movie. Read a book.

You’ll find that the view from the top of your comfort zone mountain is less scary than you thought. It’s actually spectacular.