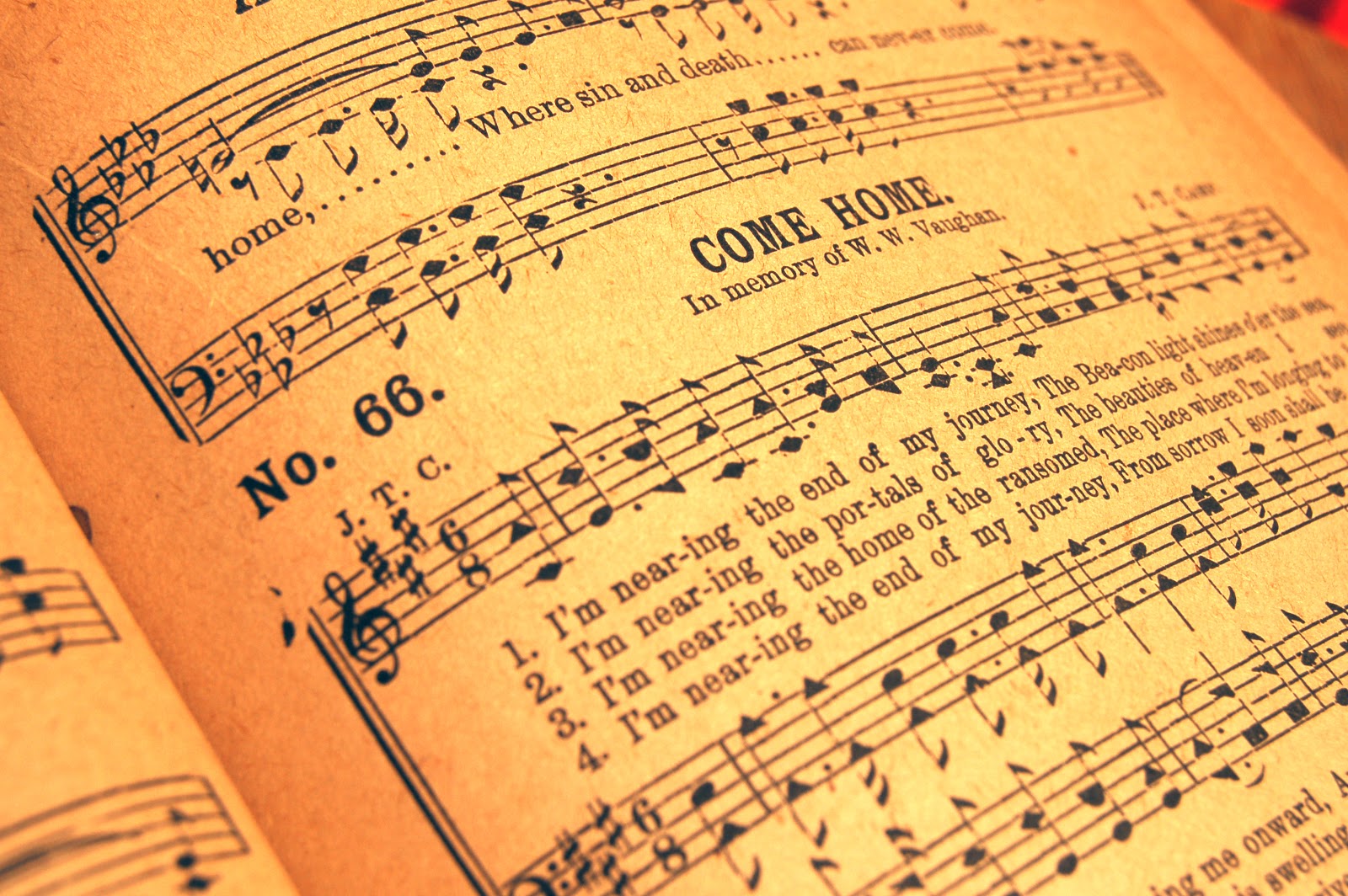 I spent a great deal of my weekend trying in vain to be the twelfth caller to K-Love, a nation-wide Christian radio station. They were giving away a new worship CD, recorded live at the Passion Conference in Atlanta just a few months ago.  My attempts to win it were fueled by my daughter, who had hoped to attend that same conference. She adores today’s worship music and is quick to introduce me to her latest favorite.

But as much as I love the latest trend of new songs, I have a special place in my heart for the older hymns. Hymns I first learned by hearing my grandmother sing them from the kitchen amidst the clanging of pots and pans and the wafting scent of frying bacon.

The current worship songs I find most moving are those derived from hymns, recorded in a new and fresh way. Jesus Paid it All is one such song. I grew up listening to that one, sans music, from the pew sandwiched between my mother and grandmother. I wiggled my way through church, doodling on the back side of an attendance card until service was over. I knew when it was almost time to eat when the congregation started singing again. But when I heard them singing the words to Jesus Paid it All in their gentle alto voices, I took note of the tears glistening in their eyes. Those lyrics, and their passion for them as they sang created a desire in me to want to know more. And soon, I was singing along with them.

If Jesus truly had paid it all, I wanted to know why?

Hymns hold a rich history not only from the stories of triumph and tragedy that they share, but also for the voices that sang them long before us. I’m certain Bringing in the Sheaves meant much more to those who had been laboring over their harvest.

My grandmother shared numerous stories of her father and uncle, John B. and N.B. Hardeman, both ministers who traveled from town to town, from tent to tent, leading old-time revivals throughout the South. One of them nce spoke at the Ryman Auditorium in Nashville to a packed house. My first thought is how great the singing must have been. Unified voices seeking a deeper relationship with God.

Nothing is more powerful.

Hymns create a bond that is timeless, and for this reason, should never be cast aside completely. Amazing Grace. Precious Memories. Love Lifted Me. When the Roll is Called Up Yonder.  Not only did my grandmother teach me these songs, she lived them on a daily basis. She practically breathed them.

It was our recollection of her melodious words that comforted us as it was time to let her go, and those same hymns were naturally played at her funeral. It was as if she had been preparing us for that moment all along. Her hymns and her actions constantly pointed us toward Heaven from the start.

It is Well With My Soul is another deep and meaningful hymn, probably my absolute favorite. Written by Horatio Spafford after he suffered the loss of his four daughters when their ship went down, he penned these words as he passed over the spot they had drowned.

Whatever my lot, thou has taught me to say

It is well, it is well with my soul.

I’m told my father led this one on the church bus as a group of college students from David Lipscomb College visited hospitals back in the 60s.

Soon after this, my father died from a car accident. I have no memories of him. I have no idea what his voice sounded like, though I often try to imagine it.

But when I sing this hymn, his hymn, I can almost hear him singing along.

Whatever my lot, he has taught me to say

It is well, it is well with my soul.

And at that moment, it is truly well with my soul, indeed.