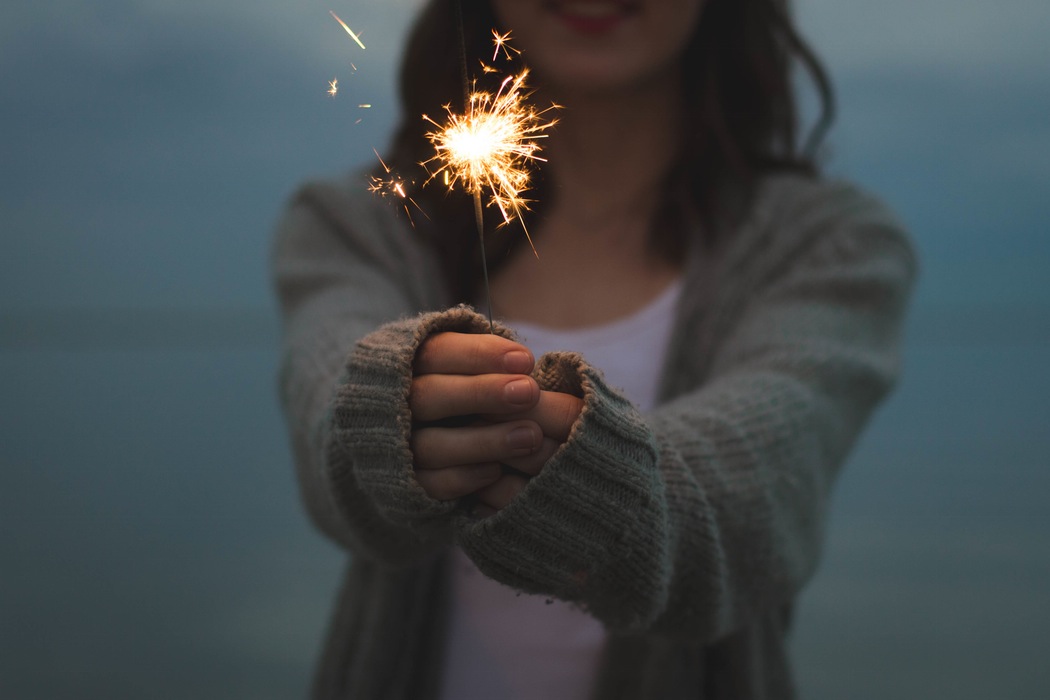 While in Dallas, Tx attending the American Christian Fiction Writer’s Conference in the Fall of 2007, God set something in motion that I would have never imagined.

The final night culminated at the ACFW Banquet. As my fellow writers and I found our table, Janet Richardson walked past me. The “Idaho” on her name tag shined like a bright light. I touched her arm, and introduced myself. We were both a far cry from our mountain homes. And, even though Janet lived 10 hours from me in Bonner’s Ferry near the Canadian border, we became fast “conference friends.” The Idaho on each other’s tags made us feel immediately at “home” with each other.

Yet, like God, He had something so much more.

As I limped around that conference, Janet learned that I’d hurt my knee while stocking shelves at the local health food store about a month prior. And, when we parted ways, she promised that both she and her husband, Del, would pray for me.

Following the ACFW Conference in the Fall, Janet would email or give me a call for updates. She and Del prayed me through surgery in December, and I had significant improvement. But, by March of 2008, my life took a drastic turn. My surgeon decided to give me a series of pharmaceutical injections into my knee.

What happened in the following months and years could be viewed as nothing more than a nightmare for me.

A devastating wave of adverse reactions ripped through my body, as they ripped apart my life. I went from hiking up mountains in the Northern Rockies to ski down them—several times in a single day, to not being able to get out of bed.

When the symptoms first came on, I thought, “This will pass in a few days, or a week at the most.” And, “Certainly the doctors or the pharmaceutical company would have a solution to what I experienced?”

Yet, months, and what eventually turned into years later, I spent most of my life in bed.

An intense burning sensation moved from the injection site, into another joint, and down my leg. It then traveled up my leg to my spine, and like a powerful electrical volt, zipped up into the base of my brain. As tremors vibrated throughout my body and my brain, I experienced systemic numbness, random body jerks, difficulty breathing, a racing heart, leg cramps, loss of coordination and balance. My whole body trembled, and my skin, including the inside of my mouth, stayed sticky, no matter how many showers I took or water I could drink. And living alone in in a mountain cabin, I’d often wake up on the floor, surrounded by vomit and more.

And, to make living even more challenging, I developed severe, life-threatening chemical intolerances. This meant that contact, whether smelling or touching or consuming, anything artificial put my life at risk.

Fragrances—lotions, candles, perfumes, laundry detergence, fabric softener, air-fresheners. Off-gassing of anything “new”—buildings, carpet, clothing; chlorinated anything, and a long list of other etc.

All of these modern-day products make me very sick.

The injection overloaded my detoxification system, and my body could not handle anything more.

This was pure hell!

Heaven sounded so much better than what had turned into “my life.” During this time, I prayed for God to deliver me from it all, and just take me to heaven to be with Him.

All the while, I’d get emails or calls from Janet, checking on me. Assuring me that she and Del prayed for me daily. Her calls and care helped me through the pain, the isolation, the lack of understanding, the rejection, that only added to the darkness of it all. 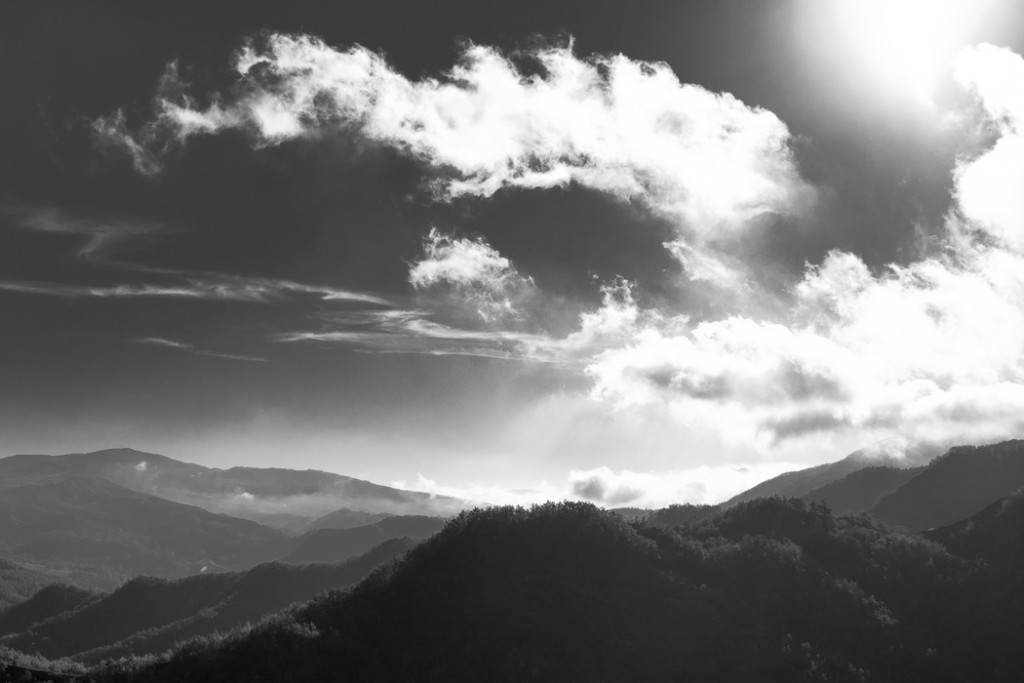 By, the Summer of 2008, Janet asked if they could come visit me. She and Del wanted to check on me in person and pray for me, and simply visit.  When they arrived at my door a week or so later, Janet’s sweet smiling face filled my heart. And, I finally met Del in person.

Following dinner, Del began to share what had brought them 10 hours from their home to mine.

Del took regular morning prayer walks in his own mountain town. One particular morning, as he lifted me up to God like he’d done many times, he said that God gave him a vision of me. And, Del made sure to tell me that he wasn’t one to see or get visions often, but this one was clear.

“You were flying over Teton Valley, spreading God’s love and light, and the enemy of God shot you down. You lay wounded on the ground.”

He hurried home to share what God had shown him with Janet. They then went about their day, as they planned a dream trip to Alaska. They would leave in a few weeks.

Del went up to his home office, and Janet busied herself in their living area. Later that day, Janet hollered for Del to come quickly. A bird had flown into their window and dropped onto their deck. Janet pleaded for Del to pray for the bird.

Del admitted that after he saw the bird laying on the deck, he thought, “Okay, honey, I’ll pray for this dead bird.”

But, to please his wife, Del lifted the bird into his hands, and began to pray. To his surprise, the bird then opened its eyes and lifted its head. And, as he watched the bird fly away, Del looked at Janet and said, “Honey, we can’t go to Alaska. We need to go pray for Jennifer.”

Janet agreed. They cancelled their trip to Alaska. They began to make plans to travel hundreds of miles to pray for a mere acquaintance who God had placed on their heart … for such a time as this.

While at my cabin, they prayed for me. We visited some more. And, the next morning they began their journey back home.

My heart filled up amid their presence, God’s presence in them. My eyes welled up with tears knowing that God knew I needed His touch through this “something more.” He knew these two vessels would answer His call to minister to me at my darkest hour(s) of need.

In need of hope. In need of knowing that God never leaves me, nor forsakes me. (Duet 31:6) In need of experiencing something that could ONLY come from Him.

Did I miraculously get up off of the floor and fly away that summer day?

But, what I did do is trust God even more. I stopped praying to leave earth. I gained more faith as I recalled all of the prior times of suffering that God had allowed, and He showed up. All of the gifts that flowed from the times when my heart was broken, or my body survived a snowmobile accident, or the time He met me in Tijuana, Mexico for life-saving treatments.

These are the times He builds testimonies of more than being physically healed, but being healed to stand spiritually stronger, in spite of our flesh.

I knew that when God was ready, I would be healed.

One can merely reflect on the story of Jesus and Lazarus to see that timing is everything. That it’s a journey for the glory of God.

Mary, the sister of Lazarus, had pleaded for Jesus to heal her brother in John 11. This was a close friend of Jesus who he loved.

Instead of acting on Mary’s initial plea—which was filled with much faith, he waited two more days to even start the trip to Bethany. This was the town where Lazarus lived, and at that point, where he lay dead in a tomb. Jesus knew this. His disciples begged him not to go, because what would be the point? And, the people of Bethany would stone him to death.

Yet, Jesus followed the direction of his Father. He knew that what God had planned something far greater than being healed of an illness.

He would raise Lazarus from the dead.

As I journey through this life, still experiencing many ups and downs due to chemicals all around, I know that God’s timing for His glory is perfect in all areas of life.

My life. Your life. The life that is a gift to us all.

To those who walked alongside of me through that dark valley back in Idaho for 3.5 years, I am HEALED. They saw the depths of what had occurred, and the height of where I am today. To those who walk with me today in South Louisiana, they want me healed even more.

Yet, I will not complain about “manna”, or wanting more of something physical! I walk in thankfulness as I recall where I’ve been.

I focus on the gifts along the way. The wisdom my Father has revealed to take better care of this temple He entrusted to me. The knowledge to share with others to prevent sub-thriving health. The way God’s Light continues to shine upon each step that I am to take.  The boundaries established by this condition that keeps me on a different path than what I would have chosen the past decade of my life. And, the gifts that have come along the way.

I may not be free of chemical sensitivities and detoxification issues at this time, but five years later, God’s miracles took me to places I’d never dreamed I could go. While laying on that cabin floor, all alone in Idaho the thought of going to Africa never seemed possible. Yet, God took me to Swaziland, to Mozambique, and to South Africa to meet His children in a vulnerable world. He took me back to my home state of Louisiana to do a deeper work than I could imagine within my heart.

And, I look forward to where He takes me even more!

I may not be able to handle the chemicals of this world, but God handles my life in the most fulfilling ways. By letting me know that it’s ALL Him, and ALL for Him. And, that’s the greatest purpose for my life. Nothing else compares!