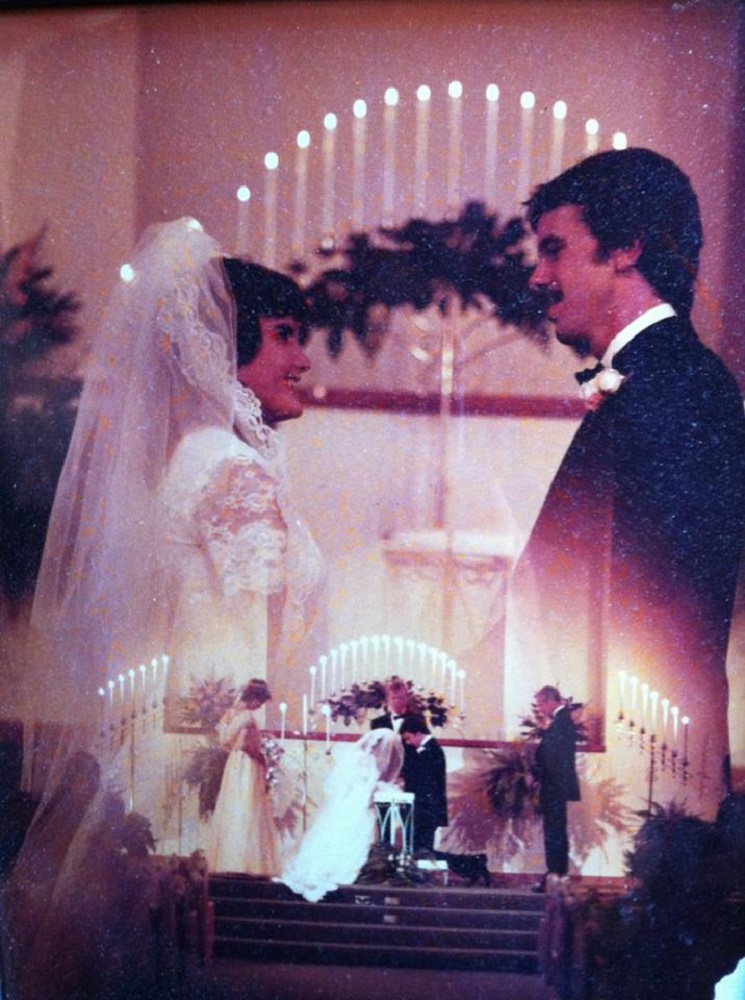 She tiptoed, almost floated, down the aisle. Her smile glowed brighter than her perfectly fitted gown. She leaned in for a kiss on the cheek, and held the pose until the flash of the camera released her to the next one.

The gorgeous bride giggled with the giddiness of an obtained dream, and I made my way to the reception hall. Someone handed me a blank business card with hearts joined in the corner. “Blessings or advice for the happy couple,” came the instructions.

On a business card?

A wave of all I wanted to tell her flooded over me. Most of which she wasn’t ready to hear. Not on a day like today.

This weekend marks our anniversary. Our 29th. A miracle, by any standard. If statistics are any indication, we shouldn’t be here today.

I went into my own marriage with little preparation. At 17 years old, being raised in a single parent household, I knew very little about marriage and even less about men. The odds were clearly stacked against us.

Perhaps that somehow made me a better wife. I started with a simple prayer for God to show me how to do this. Not just how to be the perfect wife, but how to be the perfect wife for my husband. I needed to learn when to push, when to stay silent, and when to let him lead. Not once did I see it as my job to change him, but rather my job to enhance all that was already wonderful about him. I rarely sought the advice of others, nor did I run to friends or family with tear-filled reports when we hit the hardest moments.

Because this was between the three of us, Tommy, God and myself, and that was the only way we would figure this out. On many days, my love and attraction to him were not enough to keep me going. But my commitment to being “us” and my desire to honor God with my choices showed me what steps to take. They were usually the ones that did not come naturally to me.

‘For better or worse’ has taken us down many unexpected paths, more painful and more wonderful than we could have ever imagined when we first made that promise. Had we known then what the future might hold, we probably would have fled. But life is divided into bite-size pieces by design. It is meant to be enjoyed that way. It is meant to be survived that way.

The births of our three children quickly made us a family; a perfectly quirky family. But I remember no easy days. Nor do I remember any terrible days. Vacations wrought with too much rainfall and not enough space somehow turned into treasured memories and unending laughter. Nights spent in ICU, wondering if we would ever live a normal life again, recovering from a surgery neither of us were prepared for somehow became a story of overcoming. Doctor visits that brought dreaded test results somehow became proof of healing and offered a better perspective on life. Hours spent on our knees praying for the choices our kids might make became tales of how they learned to make better ones. Irritable children who couldn’t stand to touch each other in our mini-van became the best of friends. The phone call that changed it all brought the news of the unexpected death of my father-in-law. It broke our hearts into a million pieces. But it’s been a month now, and we raised our heads to find the hands of a million friends kneeling beside us, reaching out to help us up, but only when we were ready.

We learned that it takes both bright and dark colors to paint a beautiful picture.

And it led us to this point, which makes it worth it. It’s now part of our story, and we embrace it.

After much thought, I found a quiet corner and wrote these words on my tiny business card to the beautiful bride and groom:

Claim your ‘Happily Ever After’ one day at a time.

Or at least it has been for us, so far.