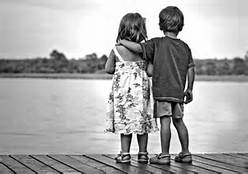 This morning I listened to a CD I haven’t listened to for some time…James Taylor’s Greatest Hits. The songs brought back tons of memories. Some good. Some not so good.

“You’ve Got a Friend” reminded me of the beginning of my senior year in high school when a friend told me Karen died in a car accident on the way home from the Homecoming dance. Her boyfriend drove too fast, too drunk and Karen flew through the windshield of the car and was decapitated.

Thinking of another friend in high school, I thought about Bruce. On the way to English the 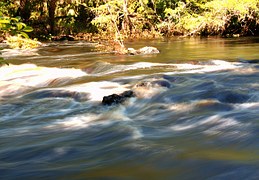 week before high school graduation, I learned he drowned in the Potomac River while skipping school. I’d skipped during Senior Week and gone to Great Falls, too. But not with Bruce.

Hearing “Fire and Rain” took me back to the Valentine’s Day after my 19th birthday when I attended the funeral of a friend while another friend played Taylor’s song on his guitar. I still remember the navy blue dress I wore.

What does a 19-year-old say to the parents of a teen who drove too fast, too drunk, on black ice that was too slick?

Before leaving these very sad memories, I thought of Greg. Greg called a couple of weeks after his 30th birthday to chat. During the conversation Greg said something strange…he told me about a story he’d thought of, and said he wanted to give it to me to write.

To this day, that story remains in my mind alone, but I should have paid closer attention to what Greg was really saying when he told the story to me.

While Greg and I talked, my Spidey-sense went off and the hair on my arm prickled.

Still, I didn’t ask the questions I should have asked.

I didn’t take the conversation in the direction I should have taken it. Maybe if I had, Greg’s wife wouldn’t have become a young widow two days later, when Greg placed a gun to his head and pulled the trigger.

And that, my friends, is the reason for this post. September is Suicide Prevention Month.

SAVE Suicide Awareness Violence Education says:
• Suicide takes the lives of nearly 40,000 Americans every year.
• Over half of all suicides occur in adult men, ages 25-65.
• Over half of all suicides are completed with a firearm.
• For young people 15-24 years old, suicide is the second leading cause of death.
• Suicide rates among the elderly are highest for those who are divorced or widowed.
• 1 in 65,000 children ages 10 to 14 die by suicide each year.

Among the information The Center for Disease Control has on their website regarding the signs, risk, and prevention measures for suicide, they state suicide is the 10th leading cause of death in the U.S. (homicide is 16th).

While Jesus is a friend to all of us and is available all hours everyday to listen and to help, sometimes it’s up to those of us wandering this earth to let people know they’ve got a friend in us, as well. Someone with skin on them.

For those of us needing a friend we need to speak up, reach out, and grab hold of those friends.

It could be a matter of life or death.

Whenever you possibly can, do good to those who need it. Proverbs 3:27 (GNT)