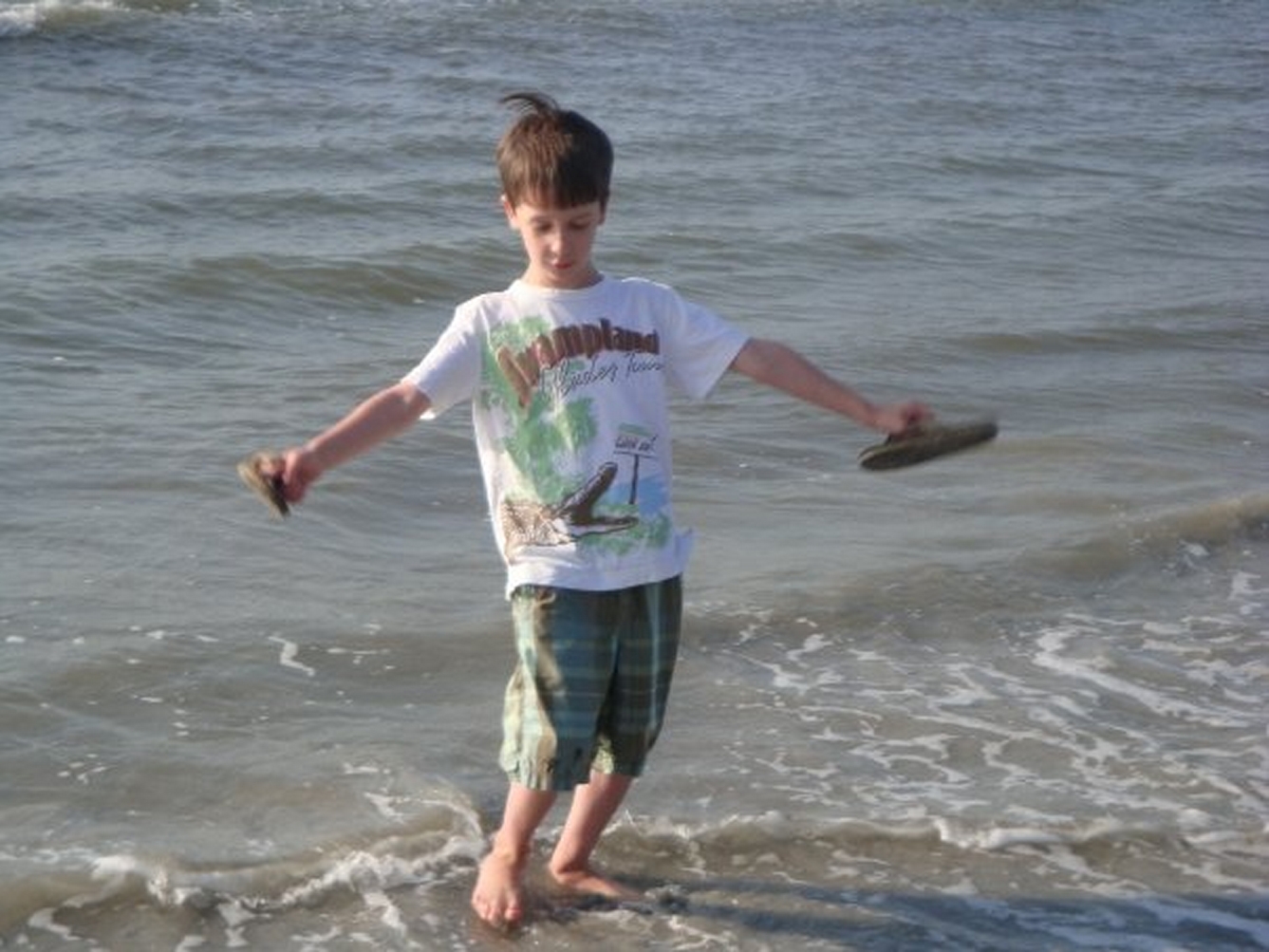 I’m thrilled to imagine that while I am unaware God is observant.

I can more readily grasp this reality remembering the scenario played out on a southern beach.

Clifton was six. He walked the wide expanse from our towels and his toys to the surf. He was unafraid, secure, which permitted him to play unaware. He splashed and jumped, the tide pushing him inch by inch in a northerly direction. Over several minutes he had drifted 200 yards from his entry point.

We watched. He was in no danger. We waited for the unavoidable moment when he became aware of his surroundings only to misjudge them.

Eventually he stood and put his back to the sea ready to return to our company. Imagining himself to have been playing in the same spot, he trained his gaze directly toward the shore but took just one halting step. That faltering movement revealed his shaken trust. It appeared we had abandoned him.

The moment he stood, we perceived his intentions, understood his fears, and set about making our presence known, but it took some time to close the distance even on a bicycle, permitting him in those eternal moments to doubt our goodness. His limited understanding of the situation proclaimed us to have been the ones who had moved. We, it seemed, had become absent, while he bore no responsibility in the cause of our distance.

Adults too, armed with all the knowledge comparative of a child, imagine ourselves forsaken, forgotten by God. Our own motives declare us righteous, innocent of the distance between ourselves and our maker. Esteeming our understanding and sense of fairness superior to God’s, we judge him to be unkind. Slow. Too late to our defense.

But truth is larger than our stored measure of it, wider than what is glimpsed in our narrow vision of it.

Then, on the same stretch of sand, I have a Clifton moment. I misjudge the elements and their effect on me.

Pedaling north up the beach I sense no breeze. I can’t feel it. I am aware only of the burning heat confronting me that seems to melt my very person into a trickle that runs into my eyes. But despite the fierce heat, the biking is effortless. I make great speed with little exertion.

I choose a moment to turn around and am stunned by a wind so great in force I can barely pedal against it. How had I missed its eternal presence so near to me before I changed course? I’m suddenly unconscious of the heat that is now behind me, embraced by this cooling giant so large I hardly brush by him.

My ignorance is exposed. I’ve trusted what I’ve seen, felt, and known. Operating on a limited amount of each, I’ve been unaware of the reality burying me, attuned only to what immediately confronted me, oblivious to what compelled me, supported me.

One day I clean our vacant rental, mopping over the tiny footprints left in dust on the wood floors. I follow their path into a corner of the bedroom closet and weep as I wonder why the little person hid there. The documented drug use occurring here was well known in the small town. Was God watching over the frightened one who’d left this telling trail? Was it arrogant of me to even doubt, seeing my own human capacity for compassion?

I pray for his protection over this child and sing at the top of my voice, “You dance over me, while I am unaware, you sing all around and I never hear a sound. Lord, I’m amazed by you and how you love me.”  I am filled with the deep conviction that God is present. With me. Accompanying my mundane exertion of duty, honoring my feeble exercise of faith. And as I sing I remain ignorant of the unseen inferior forces of another kingdom. I’m conscious only of God’s nearness, his love, his goodness. But the tenant who fills the vacancy tells a different experience. She testifies of an evil presence, a dark, sinister being in the house who harasses her.

Again I’m forced to acknowledge my limited insight. I operate in the temporal realm, ever conscious of earthly struggles, not often mindful of spiritual ones. I forget the war that rages in the heavens, the forces that battle for my demise, the prayers of Jesus for my endurance, his ministering angels sparring at my defense.

It becomes evident that knowledge, the king of all terrestrial gods, wears a tarnished crown. He’s not infallible, and not nearly as tall as his reputation. Faith is proven to be the more reliable and conquering friend. And so I lift my eyes higher and invest my sight in the unseen One.

I look up to the mountains—
does my help come from there?
My help comes from the Lord,
who made heaven and earth!

The Lord himself watches over you!
The Lord stands beside you as your protective shade.
The sun will not harm you by day,
nor the moon at night.

The Lord keeps you from all harm
and watches over your life.
The Lord keeps watch over you as you come and go,
both now and forever.  –  Psalm 121