Wait. And wait again. We were so discouraged.  Why did our prayers keep going unanswered?

Three years earlier at a conference, my wife Tracey and I believed the Lord wanted us to go home, sell our house and trust Him for the next step.  Though we were happy with our home, in one month we had a For Sale sign in the yard.

Nine months later we sold the house and moved into a small but livable barn that some friends let us rent.  We moved from the city to the country and from 1200 square feet to what felt like far less!  The barn was on 100 acres, and we thought that it would be fun for the kids to roam outdoors for the summer months.  We were sure that we would only be there for a short while.

As the months rolled along, we came close to purchasing three houses.  The first house was a long, spacious brick ranch house on Southdale Drive.  It came with a two-acre wooded lot, perfect for our three children to enjoy.  The house needed a lot of extra work, which we could not afford and pay near the asking price of $160,000.  After making several low offers on the house, we gave up that dream and walked away.

As we continued house-hunting, door after door closed.  The poor national economy in the fall of 2008 did not help.  Almost one year after moving in the barn, we tried to purchase a second home that required a reconstruction loan.  We finally stopped trying after seven banks turned us down!  Several months later we found a great house on a lake and made an offer only to find out that the realtor sold it right out from under us the same day to one of his friends.

The third house failing to work out confused us.  Why do we keep hitting closed doors?  Have we missed something?  Are we supposed to go somewhere else?  The end of that week we ate supper with three couples.  That night we spent an hour or so in prayer together.

When Monday rolled around, everyone organized to fast and pray.  Each one took a different 24-hour period, each “watch” going from 12 a.m. to 12 a.m. 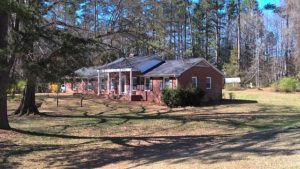 Their gift of love humbled this couple.  Every day we received calls or emails from each of them saying things like, “I am on my watch today praying for you.”

The seventh day came and went without any significant breakthrough.

Then Monday came . . .  The week of the seven-day prayer vigil, I checked a foreclosure website to discover the first house on Southdale Drive was listed, but under contract.  The house sat empty in the eighteen months since we withdrew our offer.  The asking price dropped from $160,000 to $94,000.

The day after the prayer vigil ended, I checked foreclosure site once again.  During our seven-day fast, the contract on Southdale fell through.  Even better, on day 6 of the fast, the realtor re-listed the house at a lower price of $86,900.  I called quickly to inquire.  Within one week we had a contract on the house.

My wife’s father spent three months renovating the house, including a new kitchen, fresh carpet and paint, a new roof, and a new HVAC system.  We purchased the house from him complete with all the new renovations for less than the original asking price of the un-renovated house two years earlier!

The Wait Was Worth While

The timing amazed us.  It was as if the Lord had held the house for us for eighteen months.

Tracey and I experienced an important lesson about waiting.  I believed in October of 2008 that we were to buy that house.  However, God made us wait.  And He orchestrated a price drop of more than $70,000.

Walking by faith requires us to walk through some days with light and other days without light.  When we walk in the darkness, we are to trust and obey what we already know to be true.  When we do have light and see specific answers to prayer, it encourages us to keep trusting. 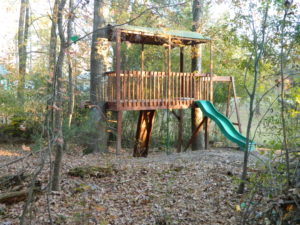 arties in the backyard, watch children run and play baseball, soccer, and capture the flag.  The house now contains precious memories of Christmas trees and fall pumpkins, good-night kisses and hugs, Saturday morning pancake breakfasts, and movie nights in the den.
The house on Southdale became a home for our family.  Some things in life are worth the wait!