I was in high school when my dad brought the thin sliver of a book named, “Who Moved My Cheese” home and read it in a single sitting. In the days that followed, he forced my mother, my brother, and me, to read the book as well.  “Lifechanging!” he called it. 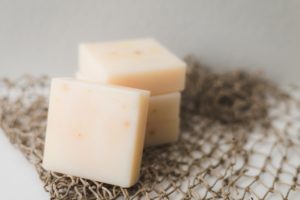 I called it a waste of time. The story was about two mice and two really tiny people who find the cheese they’ve been feasting on for as long as they can remember has magically vanished one day.  The little critters are forced to search for a new source of sustenance. I was a child. What did I know about the complacency and comforts of middle-aged adulthood?

My father passed away in 2019, and I was middle-aged myself when I helped my mother go through his things as she prepared to sell the home they shared together.  The book I once loathed was now an important placeholder of a precious time for our family that had long passed.

Like most children, I think I was familiar with change. Children are forced to embrace change because almost nothing is under their control. What’s for dinner? Mom decides. Where to go for vacation? Dad chooses. From breakfast to bedtime, decisions are made for children, often without any discussion or warning. So, the concept of someone moving a child’s cheese seemed ridiculous. A child’s life is constantly changing.

Even in my early twenties, I was nimble as I moved from job to career, apartment to home, single to married. But after thirty, I settled into a routine and an identity that rarely changed. The routines of our lives wear paths in our every day like trails in the woods. 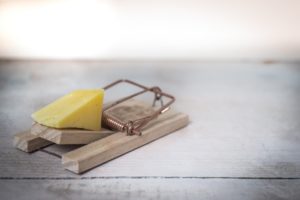 Perhaps that’s what my father was feeling when he found the book. Maybe he’d become complacent in the routine of his life, and something happened that forced him to take a fork in the road, or blaze a new trail, stomping between the trees and over rocks that were in his way. Maybe it coincided with the death of his own mother, or the failure of a business deal.  I can’t know now because he’s gone, and I’m too busy hiking through my own uncharted territory.  I can see the old worn path behind me, but there’s no option now but to blaze a new trail into the unknown ahead of me.

I like to think that when we’re forced into the unknown by unexpected change, that is where we find Jesus. How many testimonies begin with, “My life was going great, I was happy, everything was perfect, and I accepted Jesus into my heart?” I don’t think I’ve heard one.  And for all those people who are already Christians, how easy is it to remain in an intimate relationship with He who communicates in whispers when everything is going well and there is no perceived need for quiet time? Yeah. Near impossible. In the age of Netflix, Hulu, and every distraction available at your fingertips at any hour of the day or night, it’s difficult for the Holy Spirit to compete.

Only when we are forced out of the familiar and into the forest do we realize that we cannot do anything through our own strength. Only when we are confronted with challenges like change do we look up to ask why, or how, or what.

Apart from Jesus, we have no original ideas, no creativity, no strength. Jesus is the source of our love, compassion, wit, commitment, honor, and character. He is the source of all direction during times of change, He is the answer to every question. 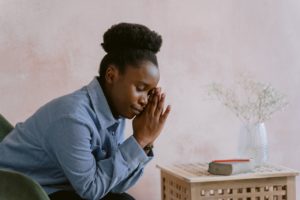 Everything good comes from Jesus, and it is often only when we are facing a seemingly insurmountable new obstacle that we cry to Him for help. I’d like to think the book, “Who Moved my Cheese,” taught me something about my father.  That even he, the one who always seemed like he had a plan, and was never caught off guard, struggled with change. But even more than the book, dealing with change as an adult has taught me not to wait for new obstacles to present themselves before turning to Jesus.