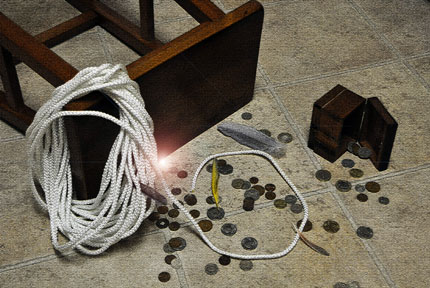 “If anyone ever asks you, ‘What would Jesus do?’ Remind them that flipping over tables and chasing people with a whip is within the realm of possibilities.”

I stumbled across this quote online, along with a picture of Jesus driving vendors from the temple. A more technical person might refer to this as a meme – one of those images that float through cyberspace being reconstituted and shared in various formats. Memes become popular because they present a familiar idea with a new, often edgy, twist.

There are some days when I would like to flip over tables and chase people – if not with a whip, than at least with something to get them on the other side of a door that I could slam. Something tells me, though, that this desire is somehow different than what Jesus would do, even if He did once chase people with whips.

When we ask ourselves what Jesus would do, the answer is usually the exact opposite of the scene we encounter when Jesus drove the money changers and merchants from the temple. We often picture Jesus as meek and mild. Indeed, He gently drew children to Him. He went to the cross silently like a lamb led to slaughter. And yet, we should not confuse these actions with passivity or timidity.

To understand how Jesus handled conflict, we need to look deeper than his surface actions. We know that Jesus felt human emotions throughout his ministry. He became angry. He was frightened. He wept. But the thing that made Jesus’ expression of these emotions different than our own is the fact that He was also fully God. His anger was not the same in-the-flesh anger that you and I feel. Being fully God, Jesus felt the righteous anger of God’s judgment. Jesus did not get angry over personal affronts; He got angry over affronts to God. 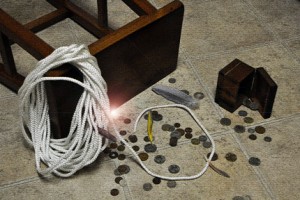 To understand how Jesus handled conflict, we need to look deeper than his surface actions. (Photo by Janet Beagle.)

In the same way, Jesus wept not only for his own sadness, but for a deep longing for people to repent and be connected back to God. Even on the night before his crucifixion, Jesus was frightened not only for the physical suffering He was about to endure, but for the deep spiritual punishment He was about to encounter. The sins that Jesus carried to the cross (our sins) would momentarily separate him from the perfect union He shared with his Father. It was his relationship to the Father, and his strong desire to bring us back into relationship with the Father, that undergirded Jesus’ actions.

Remember what Paul said in his letter to the Romans, that he does not do the good he wants, but the evil he does not want he keeps on doing. This internal conflict between our human desires and the desires of God’s Spirit within us impacts both our relationship with God, and our relationship with others. “What causes quarrels and what causes fights among you?” James asked “Is it not this, that your passions are at war within you?” (James 4:1)

The greatest conflict we face is not the obvious external conflict, but the internal one. And the question we should be asking is not “What would Jesus do?” but “How and why would Jesus do it?” 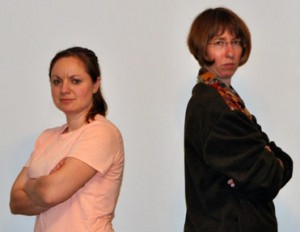 When faced with conflict, the right action may be variable, but the right motive is always the same. (Photo by Janet Beagle.)

Yes, if we ask what Jesus would do, chasing people with a whip is not outside the realm of possibility. But if we ask the deeper question of what was in Jesus’ heart, we see love for the Father and love for the people He came to save. We see a desire to do the Father’s will.

We are called to go and do likewise.

Janet Beagle, Ph.D. serves as director of graduate admissions for Purdue University and is a writer, a Bible study teacher, and a student of God’s word. In her spare time, she can usually be found hiking with her dog Marly. Read more of Janet’s Christian reflections at www.mustardpatch.org and @minimustard.