When the phone rang, we knew something had happened.

My wife talks with her mom nightly, but when her mom called at 8:30 one Sunday morning, we knew something was amiss. 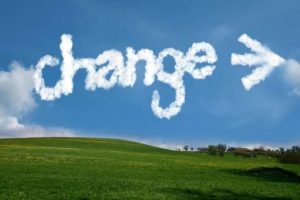 My father-in-law had fallen several months before and broken his hip. Surgery followed, along with several weeks of rehab. And all of this during a surge in Covid cases in our area—including the rehab center to which he was assigned. He missed being home, and my mother-in-law missed him being there. More than sixty years of marriage had cemented them together. Finally, rehab released him, but the therapy continued at home, as did home health care.

Finally, the day arrived they had been anticipating when the doctor released him. No more therapy. And best of all, he could drive again. But that only lasted a few days.

“The ambulance is pulling out of the driveway with your daddy,” my mother-in-law said as my wife answered the phone. “When I checked on him this morning, he was green and gasping for air.”

We feared a heart attack since his pacemaker idled at one hundred percent. We also feared Covid. Thankfully, pneumonia was the culprit, but even that proved dangerous for him. What had been a nagging cough when he came home from rehab turned into a severe case of pneumonia in one lung. So severe that nurses placed him on the highest dose of oxygen short of a ventilator. 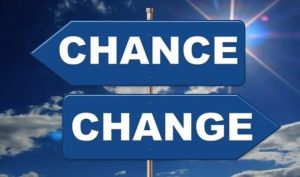 Each day, my wife or her brother took my mother-in-law to the hospital for a short visit. Covid regulations prevented more than one visitor, so no one else could visit. My wife called my father-in-law’s nurses twice daily for updates. Overnight, life changed for my in-laws—and has continued to change since now he has entered congestive heart failure.

When life changes, we need God to sustain us, as the psalmist said God did for him. “Lord, sustain me as you promised, that I may live! Do not let my hope be crushed” (Psalm 119:116 NLT). 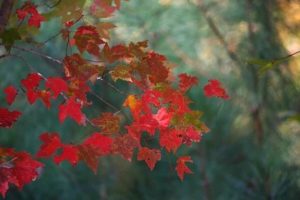 We don’t have to worry about God doing His part. He’s promised to care for those who are His children. And God’s as good as His word. The care may not come as we expect or when we desire it, but God knows our needs better than we do—and He also knows His grand plan for us, which we probably aren’t privy to.

Our part involves trusting and believing. Every time something happens to my father-in-law, my mother-in-law reassures my wife by saying, “Your daddy is gonna be alright.” And he will be, in one way or the other. If he lives, or if he dies. And when life changes, we will be too if we’re connected to the One who maps out our life plan.

When life changes, trust the One who does not change.