In his famous devotional booklet My Utmost for His Highest, author Oswald Chambers tells us when it’s okay to criticize: NEVER. Ouch! I yield far too often to this habit, mostly in my thoughts. But Mr. Chamber’s words encourage me to repent:

“Criticism is a part of the ordinary faculty of man; but in the spiritual domain nothing is accomplished by criticism. The effect of criticism is a dividing  up of the one criticized; the Holy Ghost is the only one in the true position to criticize, He alone is able to show what is wrong without hurting and wounding.” 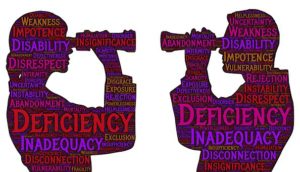 “It is impossible to enter into communion with God when you are in a critical temper; it makes you hard and vindictive and cruel, and leaves you with the flattering unction that you are a superior person. Jesus says, as a disciple cultivate the uncritical temper. It is not done once and for all. Beware of anything that puts you in the superior person’s place.”

BE THE ONE WHO NURTURES

“Stop having a measuring rod for other people. There is a always one fact more in every man’s case about which we know nothing . . . I have never met the man I could despair of after discerning what lies in me apart from the grace of God.”

Instead of criticizing, I’d like to follow the words of Marvin Ashton, who says, “Be the one who nurtures and builds. Be the one who has an understanding and a forgiving heart, one who looks for the best in people. Leave people better than you found them.”

DEVELOP A NEW HABIT WITH ME

I’d like to develop the better habit of complimenting others, and bring out the best in them. For instance:

Irish redhead and former history teacher Jeanette Levellie is the author of four books and hundreds of articles, stories, and newspaper columns. Among her publishing credits are stories in Guideposts anthologies, CBN.com, and Country magazine. Jeanette is also a vocalist and speaker, splashing hope and humor on audiences of all sizes and styles. She and her pastor husband Kevin are parents to two adults, grandparents to three children, and servants to four cats. They live in Paris, IL., where the winters are frigid but the people are warm and friendly. Her hobbies include fitness, reading, and finding new ways to avoid housework.