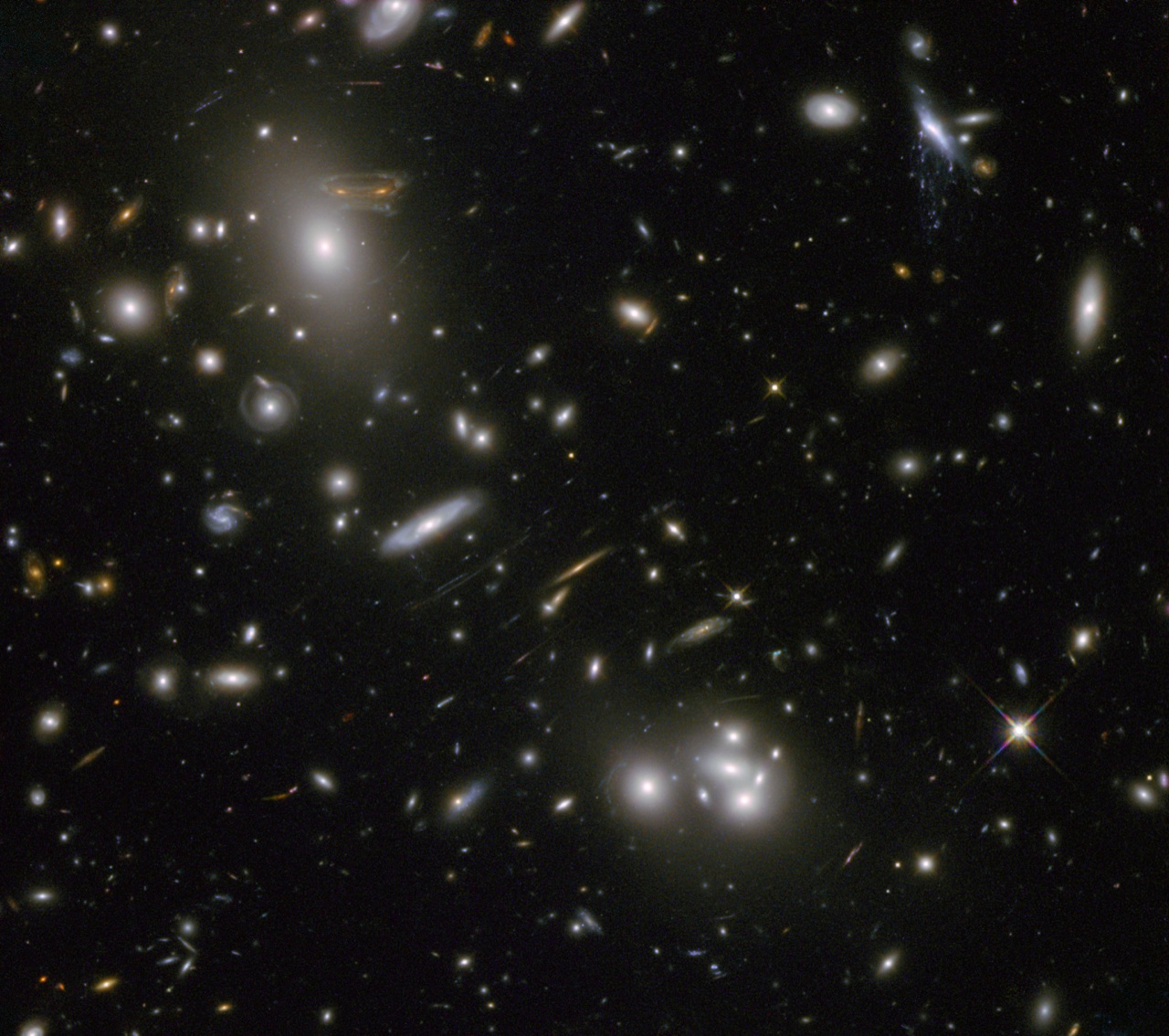 If I may step into the realm of apologetics for a moment, I find it interesting that the modern thought process can lead to an infinite universe and an eternity that cannot be measured, but fails to allow for the existence of an all knowing Creator. The fact that our six-pound brains cannot fathom such a being leads us to conclude that He cannot exist.

I’m an engineer by trade, so I was forced to endure many science classes. It makes me no expert, I realize, but I can reason. And my reasoning can lead me down two paths. Either the universe began from…nothing. Or the universe began when an intelligent being made it so. Where did He come from? I can’t even grasp eternity, so I won’t even attempt that answer. But the fact that eternity exists–with no beginning and no end–should be enough to allow for any possibility. Surely, the possibility of eternity itself should open the doors wide for any other theory pertaining to the existence of the universe, light, matter, and life.

Gives you a headache, doesn’t it?

I don’t need you to contemplate eternity or even God. The two are impossible for us to grasp. What we can grasp is what God has revealed to us, knowing our limitations and inability to understand anything greater. What–or I should say Who–He gave us to help with our understanding is the person of Jesus Christ. Jesus is God symbolized to our level of understanding. And even He stretches our intellect.

The gift of God’s Son means that we don’t have to sit and stare at the stars for hours on end and contemplate such un-graspable concepts like eternity. We can turn our focus on Christ. He is human, He is solid, He speaks directly to us. He doesn’t speak of atoms and quarks and thermodynamics. He speaks of lost sheep. Of banquets. Of prodigal sons returning home. Jesus is God explaining Himself in terms we can relate to. I don’t know about you, but I wouldn’t know a quark if it landed in my Cheerios. I’ve never raised sheep, either, but I can dig where He’s coming from.

Believers and non-believers have this one thing in common: we cannot grasp God. The difference is one group sees that as reason to disbelieve while the other sees it as a reason to keep faith. Faith may seem foolishness to some, but the alternative is eternity and existence without explanation or understanding.

Jesus presents us with a small, infinitesimal chunk of understanding into God’s character and all the other elements of existence that no human can ever hope to grasp as long as we’re limited by this shell of a body and this small wonder we call the brain. Be amazed that you can read these sentences and understand what they say. Now consider the heavens. And be amazed again.

Because He does care for you. Enough so that He sent His Son to live among us and be the earthly example of His majesty.