“Can you think of anything we can sell?” I asked my wife. “The only thing I can think of,” she responded, is my…” 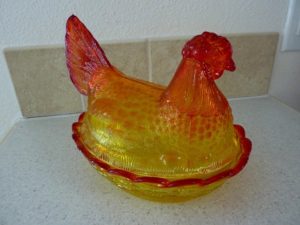 Christmas 2013 was shaping up to be the leanest Christmas season my wife and I had ever experienced. We purchased gifts from places we normally wouldn’t buy them from, and if not for the ones she had bought during the sales season after last year’s Christmas, we wouldn’t have had as many as we did. Buying for each other was out of the question; we were merely attempting to give small tokens of love to family members. We had joy because we knew the real reason for the season, but it mixed with sorrow over not being able to make it brighter for others—and ourselves.

My wife’s text—sent three weeks before Christmas—heaped on more sorrow. Financial struggles had led one service provider to disconnect our service, which led to an early termination charge. Since we had to give them a credit or debit card number when we signed up for services, they promptly exercised their contract right to draft what we owed from our bank account.

My wife had just completed four small transactions at local retailers, and, except for a small book royalty she planned to use on our Christmas presents, our account was depleted. But now it was overly depleted—and overdrawn. Not only had they taken the book royalty, but they had also drafted the amount of the transactions that hadn’t cleared the bank yet. Though the bank would cover those charges, they would also charge us a returned check fee. 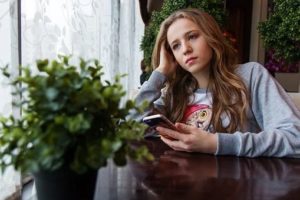 When my wife called the service provider to question their actions, they rudely reminded her of the early termination fee and told her any money we deposited in the bank would be promptly seized until the balance was paid in full.

Sad news seems to come in chunks sometimes. My mom was kind enough to deposit enough cash to cover the few transactions we had made, but we soon discovered the service provider had pocketed that too. After eight days, our bank would begin charging overdrawn fees. As the final day approached, my wife and I let our eyes roam over any items in the house we might sell to cover our debt.

Other than family mementos we had no intentions of selling, the only thing we could uncover was my wife’s carnival glass collection. “Let’s sell it,” she said.

I asked if she was sure. After all, she had spent years collecting it. She was sure. What other choice did we have?

As I carefully tucked each piece away in newspaper to deliver to an auctioneer friend, I couldn’t help but think of the memories associated with every piece. Trips to the mountains, hours spent at auctions, miles traveled to visit antique shops, yard sales. We had invested many years in the collection. For eight days, we had prayed for God to provide. The way he did brought sorrow but at the same time thankfulness that we had assets to sell.

God’s Christmas gift to humanity also brought a mixture of joy and sorrow. Jesus’ cry from the cross—along with the accompanying experience of his Father forsaking him—evidenced God’s pain. His Son was paying for the sins of the world, and since God was holy, he couldn’t look upon the gift—only accept it.

“At about three o’clock, Jesus called out with a loud voice, ‘Eli, Eli lema sabachthani?’ which means ‘My God, my God, why have you abandoned me’ (Matthew 27:46)? 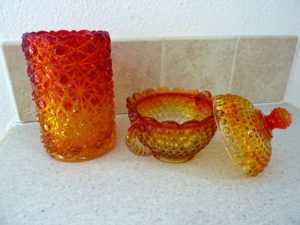 God’s joy is expressed through another verse and in another time before the cross. “For God loved the world so much that he gave his one and only Son, so that everyone who believes in him will not perish but have eternal life” (John 3:16 NLT).

As I packed my wife’s treasures in a box and thought about God’s gift to me, I was reminded that Christmas often brings with it a mixture of joy and sorrow. Joy over what God has done on my behalf, but sorrow that my sin required such an awful sacrifice.

Whatever the reason for the sorrow you may face this Christmas season, rejoice that Christ has overcome and you will too. Christmas joy can trounce all pain and grief.