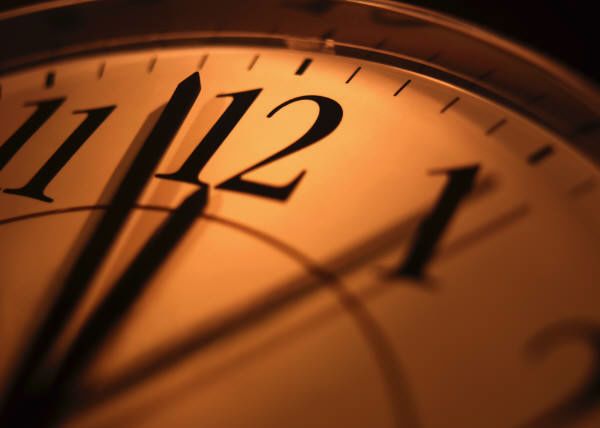 As a child I remember asking my father, “Daddy, what time is it?” to which he would reply, “What time do you want it to be?”

“Daaaaddy! What time is it, really?”

“Kimmie, it’s later than it’s ever been.”

Those verbal volleys would continue until Dad would finally say, “4:15,” which was a letdown after all that word play

I was reminded of my Dad’s philosophy on time after a routine medical procedure.  A week after the procedure I received a call telling me that the test revealed something requiring follow-up. The earliest they could get me in was four days later.

It’s fascinating how time flies by in some situations, and crawls ever so slowly in others. My appointment day finally arrived. After checking in, I waited in the…..waiting room.  Tick…tick…tick…. Next I waited in the dressing room. I looked at the clock on the wall: tick…tick…tick…

The procedure was repeated and the technician showed me what had caused the concern. I agreed: I don’t think those two spots belong in my body.

She asked me to wait in the dressing room. The hands on the clock had moved several minutes since I’d last watched it, but the tune was the same:  tick…tick…tick…

The door opened.  “The doctor would like you to have an ultrasound.”

I followed her to the next room….and waited.  Tick…tick….tick…  The technician began her hunt. Why is it taking so long?

When she finished, she said, “Either I’ll come back and tell you what the doctor said, or he will come in and tell you himself. But you will know something before you leave.”

My mind strayed.  I may be really sick.  What will happen? How bad is it?  I tried to rein my thoughts back to reality.  But that reality might be changing dramatically in the next few minutes.

The door opened. The technician and the doctor walked in.  If it’s going to take both of them to tell me what they discovered, it must be very bad news. Oh dear, I’m dead! I’m out of time!

The doctor asked a question that rates as one of the top five most ridiculous things to say to someone lying on her back next to an ultrasound machine.

“How are you today?”

“I think I’m fine…but I guess you would know better than I do.”

He paused, then smiled. “I agree…you are fine.”

Just like that. In those few seconds, with those simple words, everything was all right again. I have time left.

I looked at my watch as I walked out the door.  The whole drama had taken less than an hour.

As I’ve been pondering that 52-minute scenario, I remembered the song: “Does Anybody Really Know What Time It Is?” Contrary to what the lyrics would lead you to believe, the answer is “yes.”  Someone does know. But it’s none of us. It’s our Father.

“Child, it’s later than it’s ever been.”

“I understand that more now than ever, Father.   My times are in Your hands (Psalm 31:15).  Will you please teach me to realize the brevity of life so that I may grow in wisdom? (Psalm 90:12). And Father, thank You for the precious gift of life.”