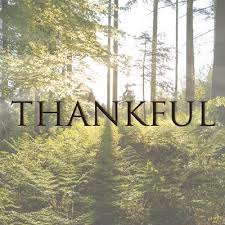 “George Mercer*, for  your service in the U.S. Army,on behalf of a grateful nation, we thank-you.”

I said those words to George last year on Veteran’s Day, as he sat stoically in his wheelchair, along with several other veterans who lived at the same assisted living facility that George did.

When I stood in front of George, to place the American Flag Pin on his lapel, his eyes welled up with tears. But when the VFW representative standing next to me, saluted him, his face convulsed with emotion, and his shoulders momentarily shook.

As the We Honor Veteran’s Chairman for a Chicago area hospice, I am fortunate to be able to honor veterans both individually in the privacy of their own home, and publicly in venues of 100+ people, like the one that George was a part of. And almost without exception, the response is equally as moving.

Because there have not been enough thank-you’s.

Not for the veterans. Not for you. And not for those who are important to us.

Perhaps because of my hospice work, I see the underside of death more than average person, and know that whatever needs to be said, should be said, before the vapor of one’s life disappears. Or perhaps, it’s just that I have lived enough life, to understand that sincere appreciation is as rare as a Junebug in January.

But whatever the reason, the fact remains that our world seems to be parched for expressions of gratitude.

How many times have you found yourself complaining because your boss, your pastor, or your next door neighbor, didn’t thank-you for that extra-special something you did?

And how many times, did a veteran go their grave wondering if their sacrifice made a difference?

So this November, as we honor our veterans on Veteran’s Day, and   as we spend time with our family on Thanksgiving. Let’s remember to thank those around us.

Thank the postal worker for delivering your mail.

Thank the waitress for serving your food.

Thank your parents for putting food in your belly.

Thank your children for loving you.

Thank your pastor for shepherding you.

Thank the t.v. repairman, the garbage man,the toll booth operator, and the customer service rep who probably get more than their fair share of complaints.

Thank the I.T. guy at work.

Thank your doctor, your dentist, and your mechanic.

In fact, spend an entire day sincerely thanking everyone that touches your life. And in the doing, you will have added to, instead of taken away from, the strength of this world.

*Not his real name