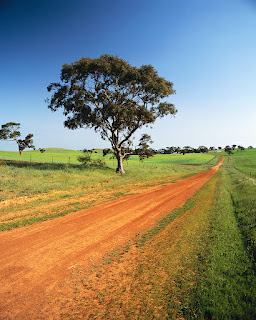 Our mission team dubbed the lone outhouse in the remote Guatemalan village “The Town Toilet.”

It was kept under lock and key, and unfortunately the keeper of the key had vacated the village after our team members had taken turns visiting it that morning. Which, by the way, was a challenge similar to playing a game of Twister, if you get my drift. But we were grateful it had a door, as opposed to some of the open-air facilities we had encountered, so it was an upgrade to get relief and exercise, both in privacy.

A single visit wasn’t enough for me, however. “Intestinal distress” haunted me ever since I’d eaten the probably-not-fully-cooked mystery meat in the large black pot. I took a quick hike in search of bathroom options, to no avail. My friend Becky, seeing my growing desperation, began asking other villagers if anyone could help.

Finally, one man we knew to be a Christian motioned for us to follow him down a dirt path that led to his humble home. He opened the gate and pointed to a creative construction I won’t begin to describe, except to say that I took care of business under the close scrutiny of several chickens.

When I finished and began walking to the gate I saw a young boy sitting on the ground in the shadow of the house. His smile was so wide it seemed to extend beyond his cheeks. I smiled back and waved.

That’s when I noticed his crippled legs. He saw me looking at them, smiled again and then demonstrated how he got around: by scooting on his bottom. That’s all it took for Becky, a nurse, to jump into her assessment mode. Within minutes she had all the information needed to fit him with a wheelchair.

We knew a wheelchair could and would be provided because the leaders of our team were founders of Nathaniel’s Hope, an organization that serves those with special needs. No coincidence!

As we walked back to join our team, I felt relief in more ways than one. Not only was I feeling better, but a young boy would soon be wheeling around the village with new-found freedom.

I began to laugh.

“What’s that about?” Becky asked.

“Only God works like this!” I said. “Can you tell me the only reason that boy is going to get a wheelchair?”

“Well…” She thought a minute. Then she began laughing, too. “Because you had diarrhea!”

I’m fond of saying that Romans 8:28 is not a typo, but my experience in Guatemala brings new meaning to its truth: “And we know that in all things God works for the good of those who love him, who have been called according to his purpose.”