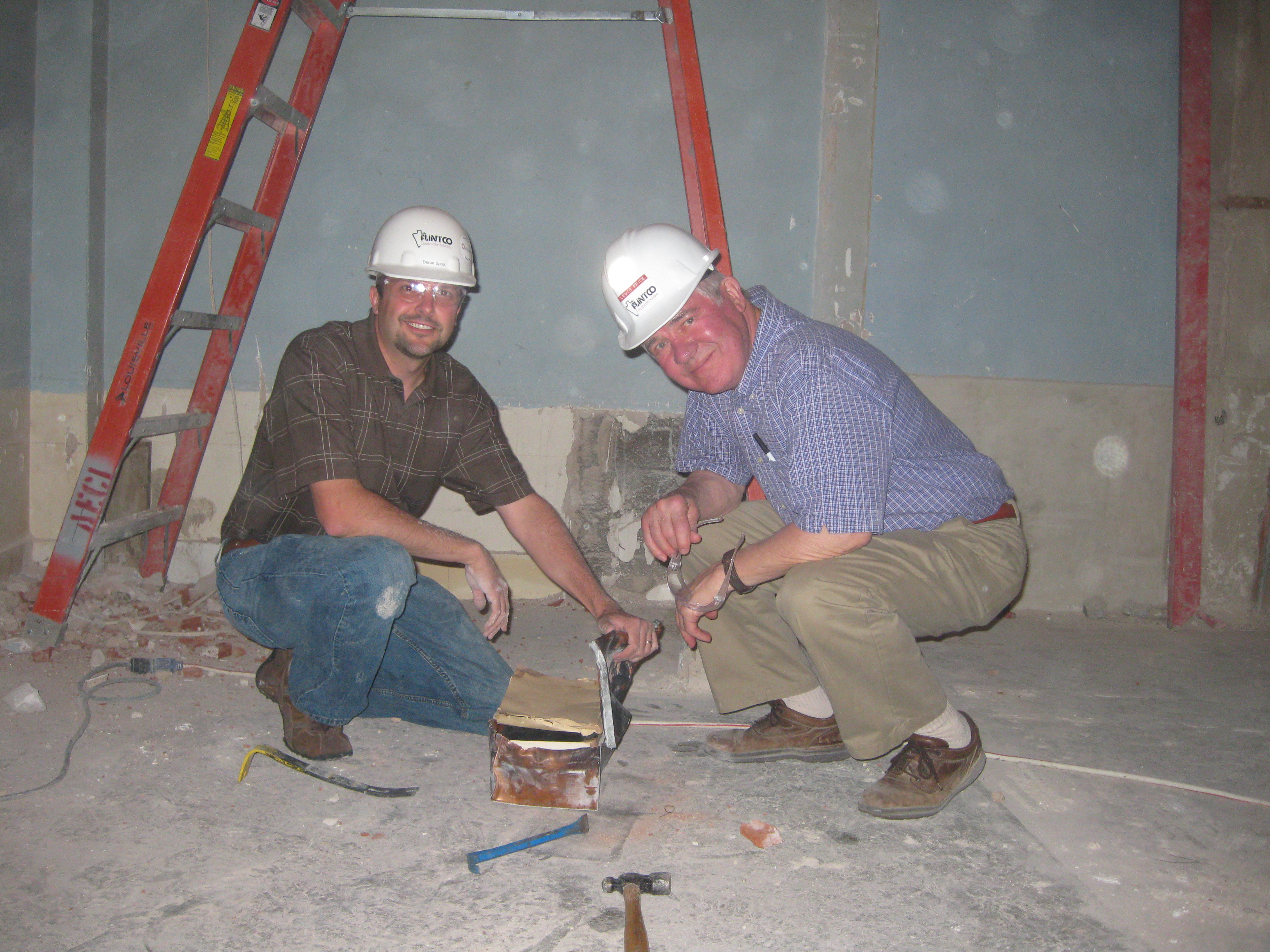 We stumbled upon it.

During a recent renovation of one of our older church buildings, we accidentally uncovered a long-forgotten time capsule from the early 1950’s. To add to the surprise, the time capsule contained the contents of an earlier 1915 time capsule. Among the items was a World War II-era meat ration token, a letter praying for the prohibition of alcohol, and the personal Bible of my pastoral predecessor, J. W. Storer.

To continue the tradition, we resealed the time capsule with contents from our own day. Among these items was my personal Bible. I invited church members and attenders to circle and sign their favorite passages of Scripture. During our re-sealing ceremony I could not help but wonder whose hands 50 years into the future would handle these contents once again.

Our church believes in longevity and legacy.

The only way to make room for a new Bible in the time capsule was to remove the Bible belonging to Dr. Storer. Over the years, Dr. Storer has captured my imagination. He was the pastor responsible for making First Baptist Tulsa the church it is today.  When he took the helm, First Baptist Tulsa was little more than a small gathering of people meeting in a make-shift building. By the time he retired, he led one of the largest churches in Oklahoma which gathered every week beneath an eight-story spire in a worship center accented by gothic arches and stained glass. How he led the church to build during the Great Depression, I will never know. But the trust and admiration given by the church to its pastor is an impact of his legacy I experience every day.

Before his Bible is placed on permanent display, I decided to take advantage of pastoral prerogative. I am currently reading his Bible during my morning devotional time. By reading through his New Testament, observing where he underlined and what he wrote in the margins, I feel as though, in some small way, I am connecting with a great man.

Among his notes is a quote from the character of Merlin in The Idylls of the King:

“Sweet were the days when I was all unknown.

But when my name was lifted up, the storm

Brake on the mountain and I cared not for it.

Right well know I that fame is half-disfame.

Yet needs must work my work.“

In these lines, one can almost feel the weight of leadership as it bears down on the shoulders of this pastor. When I feel a similar tension, it is comforting to know I am neither the first nor the only shepherd to sense this strain.

Among the most marked sections of his Bible is the Gospel of John.  Judging by the stain of the pages from the oil of his hands, this must have been his favorite book in the New Testament. He seemed to be most fond of a few passages which he underlined and highlighted multiple times, passages such as the following:

I am the light of the world; he that followeth me shall not walk in the darkness, but shall have the light of life. (John 8:12)

Let not your heart be troubled:  believe in God, believe also in me. (John 14:1)

Hidden among the pages of this Bible are various sermon notes, newspaper clippings and a few photos.  But one piece of paper protrudes from the Bible.  On the morning of May 4, 1952, Dr. Storer dictated a letter which he signed and inserted within his Bible.  The final paragraph reads as follows:

“You who chance to read this, may you too love the Book and Him who is the subject of it—the Living Word.”

So imagine my honor to hold letter and Bible in hand, realizing I was both the intended and unintended recipient for his book.  I am the beneficiary of a legacy left long ago by leaders I will not meet until I enter eternity with them.

A legacy such as this should not be taken lightly.

As I have received the gift of a strong legacy—a healthy church, a family of faith that takes care of each other, a community what chooses to worship God and serve a hurting world—it is now my turn to offer the best to the future.  Perhaps my calling is to leave the church a little different, a little stronger, a little better than what I found her.

On October 9, 2011, with the help of two children, I placed the time capsule back in the same space it has occupied for nearly a century.   Who will open it in 2061?  I do not know.  Yet I do.  They will be the recipients of a legacy.  How that legacy looks then is determined by how I lead and live today.

The letter I placed within my copy of the Scripture concludes with these words:

My prayer is that God will continue to use the people who meet at 4th and Cincinnati as a tool to bring Christ’s message and Kingdom into the world.  We send this time capsule into the future.  Not only is it a testament to the past history of this church given by the faithfulness of God, but it is also an act of faith that God will continue “to do immeasurably more than all we ask or imagine, according to his power that is at work within us.  To him be glory in the church and in Christ Jesus throughout all generation, for ever and ever!  Amen.”  (Ephesians 3:20-21).

Deron Spoo is the Lead Pastor of First Baptist Church, Tulsa, Oklahoma. Deron and his wife Paula have a teenage daughter, Kira and two young sons, Caleb and Seth. Deron considers his family to be his finest accomplishment.

Deron earned his Master of Divinity in 1996 from Southwestern Seminary in Fort Worth, Texas. Before coming to First Baptist Tulsa in 2000, Deron served churches in Texas and Alabama.

Last year Deron celebrated his 10-year anniversary at First Tulsa.  In his ten years as pastor, he has led the church to update its facilities two times. His pastorate can be best exemplified for his teaching of the Scripture and leading his church to follow Jesus and the way of Jesus together.