This is a hard post to make and maybe one of the hardest I’ve ever made. But this month on Inspire a Fire is about losing sight of perspective, and boy have I done that! Let me tell you about it… 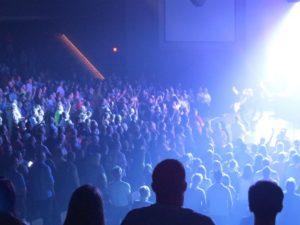 On that day my mom rushed me into my psychologist’s office for an appointment, because the night before I told her I’d hurt myself. I’d cut up my arms with an Xacto knife and it wasn’t the first time I’d done something like that. My psychologist told me to remember wisdom, because God gives it freely to us. With wisdom in mind he said I would realize slicing my skin was not the answer to the pain I was feeling.

Wisdom would give me perspective.

Wisdom needed to be the word of my life.

The tattoo was placed on my wrist just under the scars from the knife. The scars I thought I would have forever are now the scars that have faded.

I’m telling you this, because perspective is vital, but losing it is one of the most beautiful parts of my story, despite the pain it caused me and many others.

Looking back now I wish I’d never hurt myself. I try to remember what possessed me to do something so horrible, but I can’t find those feelings anymore. I can’t find them, because after it happened I was forced to grab them, crumple them, and throw them away. Had I not done something so drastic, I don’t know where I would be today.

I had to lose perspective in a horrible way in order to find it.

I had to be reckless 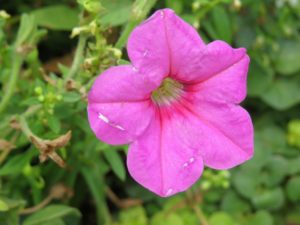 to find the wisdom God had been offering me for years.

It seems I’m incapable of learning things the easy way, and I definitely don’t want you to follow my example. Instead, start praying now. Ask God to grant your wisdom like Solomon. He’ll do it and it will change your life for the better. It will give you a perspective you’ve never had before and never thought possible. You’ll still struggle, I know I do. You’ll still hurt, because I do, too.

And even though I n ever think of taking a knife to my wrist or my arm or any part of my body, I still look down at those black words and think…

“Even when it’s hard I can have wisdom.”

And you can have it too.