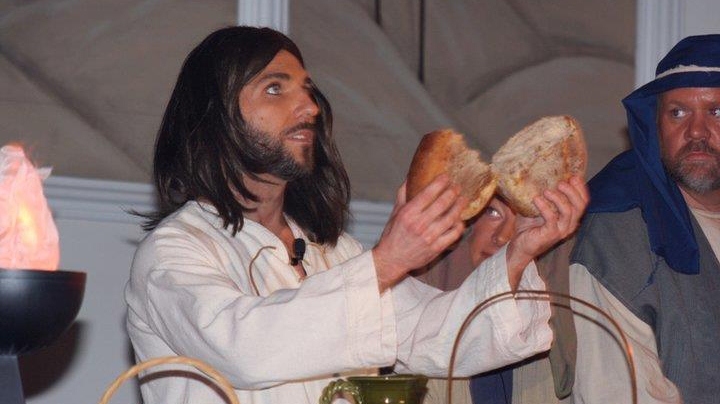 People with their unpredictable, often contradictory tendencies trump all of my other fascinations. They’re so complex. Like the biker with the lovely solo voice and a notebook of self-authored poetry worn inside his leather jacket. And the wealthy man who earns his fortune in real estate but lives in less than ideal circumstances himself. Or the crime writer whose reading diet is anything Nora Roberts.

Jesus himself is no exception. He continually surprises me with his unexpected behavior.

“I have much to say,” he said, “but I won’t. For I say only what I have heard from the one who sent me.” (John 8:26) Even under threat of death he opened not his mouth. The one referred to as the Word, restrained His use of words. This contradicts humanity’s ideas on opportunity and power. Conventional wisdom would suppose we’d eagerly seize both. Aren’t we to unleash our gifts, turn them loose in full force? But Jesus actually declines opportunities even when they’re for service.

While in the home of Peter and Andrew, the entire city gathers at their door to receive healing for the sick among them. Jesus spends the evening ministering to them all. The following morning as he leaves the house to find a private place to pray, he is followed by Peter and others who urge him to return, telling him there are more who wish to see him. This eager reception seems a good barometer of  a fruitful ministry, but Jesus declines this open door with plans to move on to other towns. He’s guided by something more than successful opportunities and flourishing results and certainly not by commonly held suppositions.

On the most momentous occasion of the final meal he’d share with his disciples, Jesus behaves contrary to every expectation. The Feast of Unleavened Bread, or Passover, was a centuries old tradition celebrating the end of Jewish slavery to the Egyptians. Part of the commemoration of their liberty included this declaration from the law: “Ye shall do no servile work therein.” (Leviticus 23:5-7) But Jesus breaks more than bread; he breaks tradition. He removes his robe, wraps a towel around his waist, and bows to do the work of a servant, washing his disciples’ feet.

It was so unorthodox, so inappropriate that Peter protested it altogether. But Jesus persists, and in so doing demonstrates the freedom found in this new covenant, in this fresh cup they would drink. The new testament in his blood promises more than national liberty, it delivers the individual from pride and self importance permitting service to others. His followers are not to be slaves to the earthly mindset of greatness. His kingdom weighs mightiness on a different scale. The least will be greatest, the last will be first, and the servant among us will be our master.

Soon afterwards his disciples watch what seems to be his succumbing to a fate determined by his enemies, but then he appears among them alive. His earlier words gain clarity, “I lay down my life, that I might take it again. No man taketh it from me, but I lay it down of myself. I have power to lay it down, and I have power to take it again.” (John 10:17,18)

So there was power in the laying it down. The dying process mistaken for helpless surrender required power. It’s his taking it up again that brings this revelation, and once again, it’s not what we supposed. Sin and death were not conquered by brute force, but through restraint, humility, suffering, and obedience.  The very things dismissed as weakness were weapons of unsurpassed power.

God’s preferences for the unlikely have not changed. He still delights in astonishing onlookers with the unexpected and contradictory: “Remember, dear brothers and sisters, that few of you were wise in the world’s eyes or powerful or wealthy when God called you. Instead, God chose things the world considers foolish in order to shame those who think they are wise. And he chose things that are powerless to shame those who are powerful. God chose things despised by the world, things counted as nothing at all, and used them to bring to nothing what the world considers important.” (I Corinthians 1:26-28)

If Christ’s reactions are baffling, how can we be confident of getting our own right? The answer is in the same examples that confound us. Every passage referenced here mentions in the verse immediately preceding or following it the intent of the Father. It is the path of obedience that leads to wise choices. Obedience to the Father was always Christ’s compass, not self defense, self advancement, or self preservation. He obeyed and trusted the outcome to God who ultimately did defend, advance, and preserve his Son.

“Others care only for themselves and not for what matters to Jesus Christ. You must have the same attitude that Christ Jesus had. Though he was God, he did not think of equality with God as something to cling to. Instead, he gave up his divine privileges; he took the humble position of a slave and was born as a human being. When he appeared in human form, he humbled himself in obedience to God, and died a criminal’s death on a cross. Therefore, God elevated him to the place of highest honor and gave him the name above all other names.” ( Philippians 2: 5-9,21)