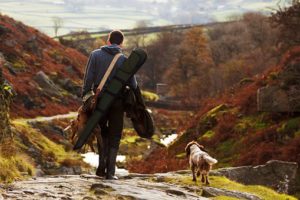 When the cool evening breezes were blowing, the man and his wife heard the Lord God walking about in the garden. So they hid from the Lord God among the trees. Genesis 3:8 NLT

Finally, I had reached the age of twelve, and Dad kept his promise.

Dad loved to hunt and eat squirrel, and wanted me to also. I heard the hinges squeak on the bedroom door when Dad peaked his head in to wake me up. But he didn’t have to call my name. I had been awake for hours.

The air near the Santee River hung heavy with humidity, yet still emitted a fall crisp that chilled me to the bone. My grandmother said squirrels were no good until after the first frost fell. It killed the wolves, as she called them. And it had. The drive to the river from my grandparents’ house took twenty minutes, and I enjoyed the warm car on the way.

As Dad and I entered the frigid hardwood forest, stately oaks stood like a general watching over his troops. Moss covered their branches like a quilt on a cold winter night. But I couldn’t see any of this when we arrived. Daylight was at least an hour away. 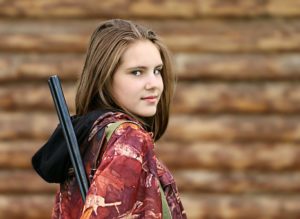 We walked slowly through the woods. A heavy dew decorated the limbs of the small scrub bushes, giving me a cold shower every time Dad let one flap my way. I followed Dad’s flashlight beam as it scattered across the forest floor and pranced through the treetops. He searched for just the right place. After all, it was my first time, and he wanted me to have success. Finally, he found the right place. “Sit here and wait,” he told me, his breath fogging the air around him. Then he walked off to find his tree.

The implication of the Genesis verse is that God had a habit of walking with Adam and Eve … perhaps daily … and when the cool breezes blew. He created humanity for fellowship, so this would only be natural.

Then sin entered. Satan tempted the couple, and they gave in to the one thing God had told them not to do. Sin broke their intimate fellowship. God’s punishment? He removed them from the garden and placed angels at its entrance to prevent their return. But He also killed an animal and placed warm skins over their newly-discovered nakedness. 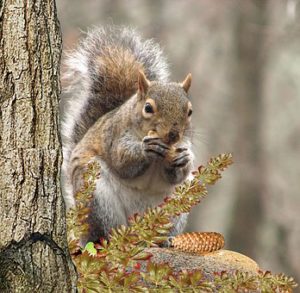 God wants the same type of relationship with everyone that He had with Adam and Eve. I, like Adam and Eve, have often messed up God’s taking a walk with me and the warmth that relationship provides. I’ve sinned and not confessed. I’ve gotten too busy with other things—good things. I’ve focused too much on relationships with others. I could go on. You probably could too.

The good news is that none of that in the past—or in the present—can hinder my walk with God unless I allow it. God is in the restoration business—as He proved with the first couple. No matter what we’ve done—or are presently doing—He can cover it so the walks and the warmth of His fellowship can continue. All we have to do is give those things to Him.

If something has chilled your walk with God, ask Him to remove it.