I drive in the dark a lot right now. If you live in the northern part of the northern hemisphere, you probably do too. But even if you’re in a sunny clime right now, I bet you’ve experience this sensation too: when you’re making a turn and there is a moment, before the headlights swing around to illuminate your path, where you are swinging into darkness. Was the road really there? Did I judge the turn correctly? 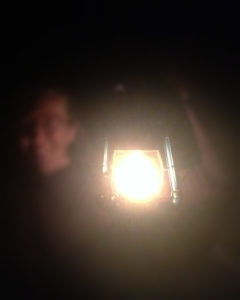 Once when I was driving an unfamiliar neighborhood in Pittsburgh, the road I was turning for dropped off steeply. As my headlights swung around they shone into nothingness. I thought for a moment that the road had literally dropped out from under me. My stomach certainly did.

But the never-ending miracle is that every time, eventually, the road does appear. The turn is completed, the headlights are shining straight ahead once more, and there, in a narrow path, is the road forward. On one hand, I expect it, or I never would have made the turn, but on the other hand, there is something surprising about the way it emerges out of the dark. Thank you, Jesus.

I was reading Luke’s account of Christmas the other night, the part where the shepherds were watching their sheep out in the dark fields. (Not even a headlight out there.) An angel suddenly appeared with the message of Jesus’ birth, and then a whole host of angels began praising God. It doesn’t say how long the angels stayed, but it reports that at some point they all left and went into heaven. Can you imagine this scene? Quiet darkness, light and sound, quiet darkness again. I can tell you what I’d be saying if I was one of those shepherds. I’d be saying, “Did you just see that? Did that really happen?”

But that’s not what the Bible records. It says the shepherds said to one another, “Let’s go to Bethlehem and see this thing that has happened, which the Lord has told us about.”

This most amazing thing has happened, and it’s like they were expecting it. Out of the darkness, a complete turn of events. And a path forward, narrowly lit, straight to Jesus. 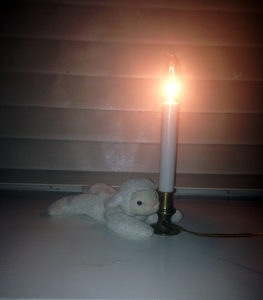 So they went. And they found him. Just as they had been told.

There is an assurance that comes when the Lord speaks. While we may find examples in the Bible of uncertainty and doubt – Gideon with his fleeces and even John the Baptist questioning Jesus from prison come to mind – generally when God speaks, the recipient knows it’s God. The shepherds didn’t question the experience. Instead, they started running down the path to Bethlehem. “Let’s see this thing that has happened!” they shouted. And out of the darkness, they found a path that led to grace, and forgiveness, and hope. Like a road they were expecting all along and just couldn’t quite see… until it was right there.

May this Christmas season be one of unfurled expectations. May the darkness be turning. May the light appear. And may we see this most amazing miracle which the Lord has told us about. 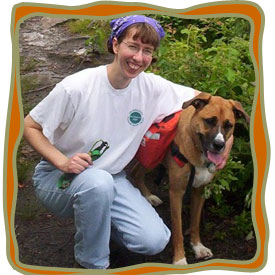