The bushes, once loaded, had been stripped.

For the first time in a long time, I had a large garden plot that produced well. When the spring crops finished, I planted purple hull peas. I had not planted them in some years, but I loved them and looked forward to cooking them and covering my white rice with them and the “pot liquor” (juice, for those not from the South). 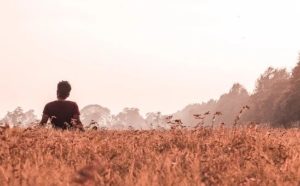 Another advantage of purple hull peas is that the peas stand atop the bush. No stooping and hunting to find the fruit. As I walked past my garden each day, I marveled at the plethora of blooms and then peas that appeared. I couldn’t wait to pick and shell them.

Several days before my planned picking, my wife and I took a two-day trip to see our family. Back in the spring, the deer had nosed around my garden, so I had erected a string fence and decorated it with pie plates that shone in the sunlight and jingled in the wind. The deer had left—or so I thought.

Arriving back from our trip, I took our small dog for a walk along a path that carried me by the garden. Something looked strange . . . and was. I couldn’t figure it out initially, but with careful observation, I discovered what befuddled me. The peas were gone. Not the bushes, but all the fruit. Stripped bare. Not a one left. Deer had intruded—and enjoyed my intended feast.

To say I felt distraught is an understatement. To say I was mad is more accurate. Had I owned a rifle, I would have hunted down each one of them. Of course, they were just doing what deer do: graze on any and everything that attracts them. I’ve known them to eat onions and even shrubbery. 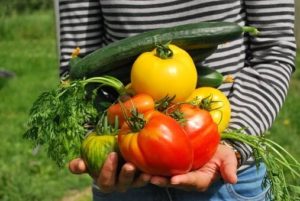 Although we didn’t get peas that year, God did give us many other vegetables from our garden: corn, butter beans, tomatoes, cucumbers, peppers, and squash. I couldn’t complain . . . but I did.

Joel wrote to God’s people who would soon face God’s judgment for their disobedience. “The Lord says, ‘I will give you back what you lost to the swarming locusts, the hopping locusts, the stripping locusts, and the cutting locusts. It was I who sent this great destroying army against you’” (Joel 2:25 NLT).

But even though God would strip them bare by sending them into seventy years of foreign captivity, he told the people of a time when they would be restored to their homeland. What the locusts stripped, God would return.

Sometimes, God does the stripping and at other times He allows the enemy of our souls to do the work. Either way, God controls the process. Yet, He never does it without purpose. Our disobedience to His principles can bring the loss, or God may be preparing us for something He has planned for our future. It could be that our priorities have gotten mixed up, and He needs to send a little trouble to get our attention and reorient our focus. 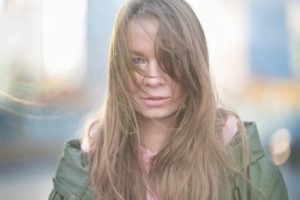 God’s stripping is never enjoyable, but if we respond properly, good things will result. He may not give us more tangible things than we lost, but He will give us things money can’t buy and joy that possessions can’t bring. Things such as stamina, maturity, trust, and stronger faith. Sometimes, we can’t measure the more God restores.

Spring is a wonderful reminder that God can bring life from apparent death. Flowers emerge from a thawing ground, then bud and bloom. Leaves burst forth . . . almost overnight . . . from trees that appear dead. The forests, fields, cities, and subdivisions come alive, reminding us that we don’t control life. But we can know and trust the One who does.

God always restores more than He strips away. Ask Him to help you trust Him when He brings a little stripping into your life.