For almost a year, we have been battling with the elusive wall critter. We live in an older home where holes are twice the size of pipes and daylight peeks under doors. Needless to say, mice are a yearly occurrence. But this guy has been quite a nuisance. I dealt with the endless chewing at 4 am. I survived the 2020 mouse Olympics under the bathtub. But when he bit a hole in my brand-new dishwasher drain, I declared war. 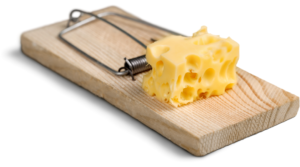 “Set all four traps. I’m tired of hearing that stupid thing in my walls and under the floor all night. Let’s kill him.” And so, my husband set the traps behind the dishwasher in hopes of catching the sneaky booger.

An hour after he set them, two of the traps tripped and my husband, David, came running into the kitchen to make sure he was dead. “The blamed varmint drug off the traps. And I can hear him back there licking off the peanut butter!”

That’s when we knew this was not a normal mouse. We were in the presence of Ratzilla himself. The next evening, David came home with the biggest rat trap I’ve ever seen. While we finished supper, the trap sprang. All three boys ran into the kitchen, “It’s winged him! Carter! Get the BB gun! Hurry, before he wakes up and knows he’s got a headache!” 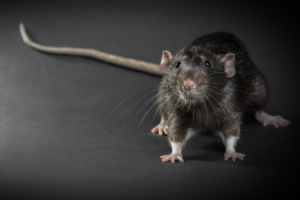 Carter, my oldest, sprinted through the kitchen, gave him the gun, and David shot Ratzilla three times. They scooted the dishwasher out of the way and David picked up the critter by its tail. “Hold it up so I can get a good picture,” I excitedly yelled from a safe distance. I wanted proof that this fellow was deader than dead.

David held Ratzilla upside down by his tail over the sink, blood running out of his mouth, when suddenly that thing came back to life. It wiggled from side to side, his tail broke off in David’s hand, and, out of sheer reflex, David flung him towards the middle of the kitchen. PLUNK. Frank, our dog pounced, grabbed, and slung the rat from side to side. Rat blood went all over my kitchen. At the moment, I learned to levitate and miraculously ended up in the other room without my feet ever hitting the floor.

Frank drug Ratzilla into the living room, leaving red smears in his wake. Finally, we convinced him the critter was dead, and David picked it up for me to get a picture. The rat was the size of a squirrel. I couldn’t believe how big he actually was. That giant critter was sharing space in my house. All of the crunching, scratching, skittering, and slinking we heard at night was being made by this ginormous rodent.

But the rat had to die. There was no way we could peacefully coexist anymore. The hole in the dishwasher drain created a leak which caused damage to the wall and floor. Once we moved the dishwasher, we realized he had been chewing the sound-deadening fabric off the top of it and the wires on the side of the machine as well. There were multiple bare spots under the house where he chewed up and carried off the insulation. He had also damaged several boards as a result of his incessant munching. One rat caused so much damage.

And one unsurrendered area of sin does the same thing.

See, for a while, we can live with our sin. We can make excuses and justifications. We can say, “It’s always been this way.” We can even convince ourselves that it’s not that big of a deal. But at some point, the sin has to die. There is no way we can peacefully coexist anymore. The hole in our marriage seems to grow wider. Friendships suffer because of our absence and lack of care. Our children are angry and hurt because of our words. Jobs are lost because “simple” sins have turned into full-blown addictions. And we wonder how can one sin cause so much damage? One rat. One sin. 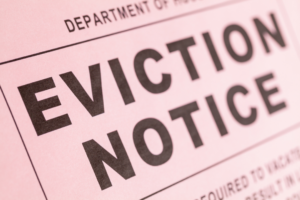 As we move into a new year, it’s a great time to examine our lives. The year 2020 was rough enough; we don’t need to bring any unwanted rats with us into 2021. If we are going to walk in the newness of Christ, the rat has to die. No more excuses. No more tolerance. No more allowance of bad behavior. Let’s kill the hidden rats of sin in our lives and move into 2021 with fresh, new eyes. Here’s to a rat-free 2021.

All pictures from Canva

Christy Bass Adams, is the Outreach and Connections Coordinator at Fellowship Baptist Church in Madison, Florida. Along with her role on church staff, she also serves as bible teacher, small group facilitator, and a Celebrate Recovery leader. Her most important role, however, is with her family as a wife of 16 years and mother to two busy boys. She has worked in education for over 18 years at both the elementary and collegiate levels. Her favorites pastimes are fishing and sitting around a fire. For more from Christy, visit her blog at christybassadams.com.