Some promises are kept and some are broken, but God will always keep every promise He makes in His Word.

Two promises that I think of this time of year have to do with two amazing births–one to an old woman and one to a young girl.

God made a promise to Abraham that he and his wife would have a son, even though his wife was well past child-bearing age, and He kept it. And way before this moment, God made a promise about another infant that would be born, one who would save the world and defeat Satan. He spoke these words to Adam and Eve saying,

Then Isaiah went on to say in Isaiah 9:6, 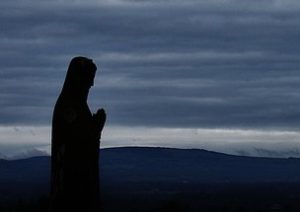 For to us a child is born,
to us a son is given;
and the government shall be upon his shoulder,
and his name shall be called
Wonderful Counselor, Mighty God,
Everlasting Father, Prince of Peace.

Both of these promises were kept because Abraham and Sarah did have a son, Isaac, and Mary had a son, God’s Son, Jesus Christ.

But as we look into God’s Word we read about another promsie, one that Jesus made and one that He will also keep.

As we celebrate Christmas this year, my prayer is that we will not stop with the baby in the manger, but that we will look forward towards another promise that will be kept. The one in which Jesus says,

Scripture from the English Standard Version of the Bible (ESV)
Photos courtesy of www.pixabay.com