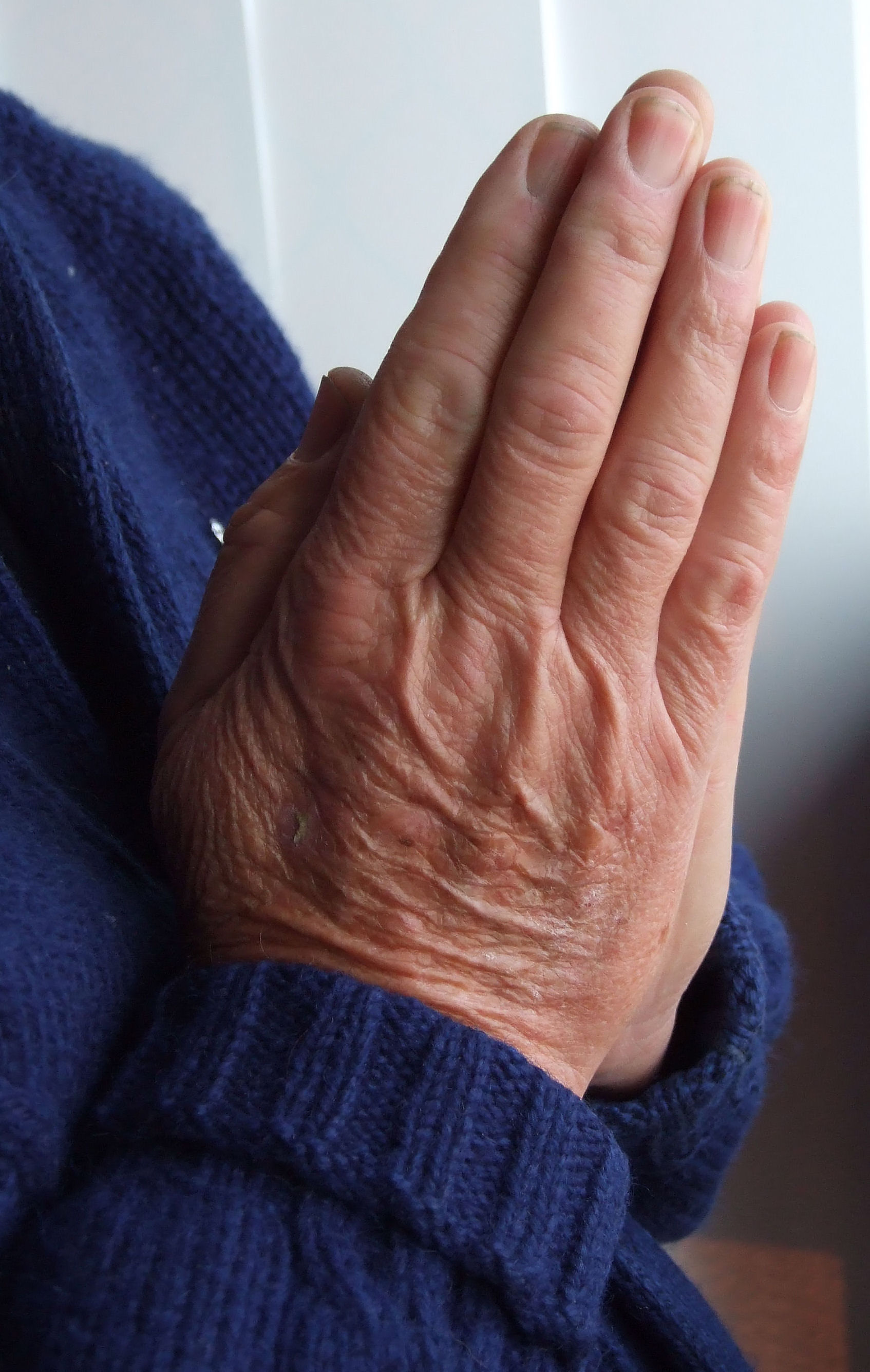 Once upon a time, there was a great and powerful ruler.

He enjoyed the favor of many in his kingdom but just as many resented his rule.

Those who favored him celebrated him in speech and painting and song at every opportunity and spent much of their energy gloating over the others and petitioning the ruler for favors while he remained in power.

Those who resented his rule undermined and criticized him in speech and painting and song at every opportunity and spent much of their energy raging against him, opposing his decrees, and plotting his overthrow.

In the center of the village, crowds gathered daily to talk at one another about the ruler, to argue, to quarrel, sometimes to break out into fist-i-cuffs, and to write bold pronouncements full of curses or praises on the public wall.

One day, a young man noticed an elderly woman in the kingdom who went about her day, seemingly oblivious to the division and the latest outcry about the ruler.

She rose early every morning to go to a quiet grotto to pray.

She ran errands in the village for the local shut-ins, bringing them their daily bread and water and the good word of the day.

She cleaned her home and cared for the needy. She worked with unruly children and advised parents on their upbringing. She grew herbs for the sick and brewed strong teas for their fevers. Sometimes at night, she visited lonely prisoners or brought blankets to the homeless in the town square. Always, after dark, she lit her lamp and walked again to kneel in the grotto and discuss her day with God before returning home to sleep.

After watching her over several days, the young man finally approached her and asked, “Excuse me, good woman. What do you say of our powerful ruler this day?”

She stopped weeding her garden to reply. “I say he is a man under God and I pray God’s strength, wisdom, and guidance upon him every morning and every night, young man.”

“But, are you in favor of him or against him, good lady?” he pressed.

“I am opposed to no man who labors for our Lord and I am in favor of every man that does His will.” She replied.

The young man cocked his head, “Good woman, that is no answer.”

She paused again in her weeding, “If you would continue to pelt me with questions and seek answers, then you must work alongside me this day.” And she motioned him to join her in the garden.

Throughout the day, he followed her from task to task, laboring beside her as she ministered to the sick, the needy, the lonely, and the lost. Often, he opened his mouth to ask her a question about her thoughts on the ruler but quickly he would forget that question as she pressed him to bandage a wound, to serve a stew, to comfort a grieving heart, or to corral a wandering child.

At day’s end, bone-weary but filled with awe and the warmth of a day well-lived, the young man followed her to the grotto and knelt beside her as she prayed.

When they turned to leave, he touched her arm and asked, “Please, answer me this. Why do you not concern yourself with our great and powerful ruler, good woman?”

She smiled. “God gives me only so much energy for each day, my son. It is mine to choose to spend how I see fit. What task that I did today would you have me not do so that I might argue at the wall or moan and wail or praise and rejoice over this one man?”

“But he is a man of great power!” he replied.

“Ah, but I serve a God of greater power, still. I suppose there are some He calls to support or to oppose those who rule the people but He’s only given me a heart to serve and so that is where I spend what energy I have in these old bones each day.”

The young man returned to the grotto and knelt again, praying alone through the night.

When morning came, he knocked on the old woman’s door. “Good woman, may I join you in your service again today?”

“Aye.” she smiled as she pointed to a wheelbarrow beside the door. “Let’s begin.”

“Have you not known? Have you not heard?
The Lord is the everlasting God,
the Creator of the ends of the earth.
He does not faint or grow weary;
his understanding is unsearchable.
He gives power to the faint,
and to him who has no might he increases strength.
Even youths shall faint and be weary,
and young men shall fall exhausted;
but they who wait for the Lord shall renew their strength;
they shall mount up with wings like eagles;
they shall run and not be weary;
they shall walk and not faint.”
Isaiah 40:28-31

Lori Stanley Roeleveld is a disturber of hobbits who enjoys making comfortable Christians continually late for dinner. Her articles and essays appear in numerous magazines. She authors the blog, Deeper with Jesus in Rhode Island. She’s seeking a publisher for her speculative Celtic adventure, The Overcomers. Back in the dark ages, Lori earned degrees in Psychology and Biblical Studies and more recently, a black belt in karate. She’s a wife, mom, crisis counselor, and part-time dragon slayer.